Soulbound Studios has been hard at work on gameplay features and technology that will deliver Chronicles of Elyria to our backers and beyond! Over the last year, extensive work has been laid in the following areas:

We've plucked out one set of experiences, and the features that make them up, to include in our first playtest, named: Trial of the Tested! 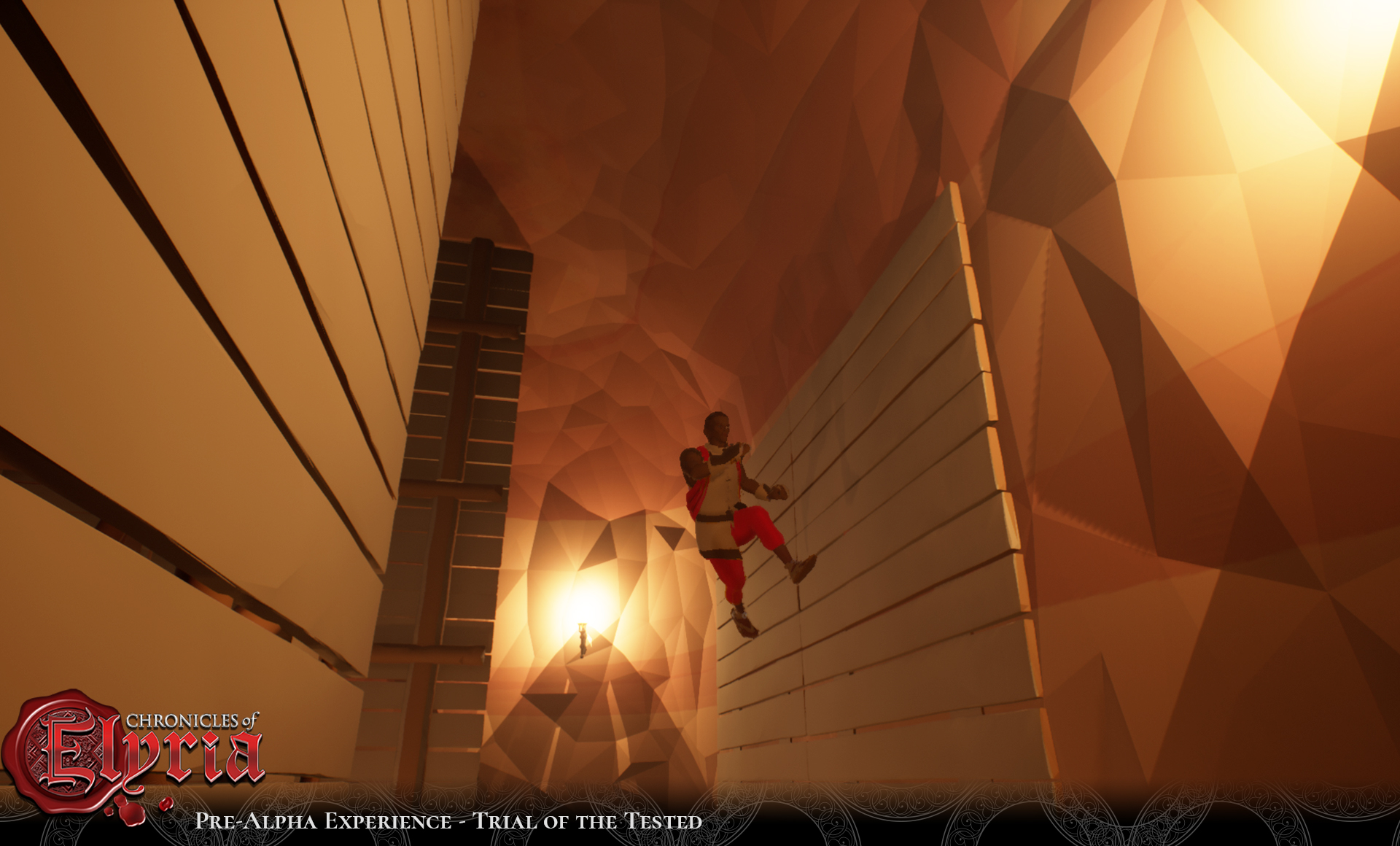 Trial of the Tested

This playable is focused on traversal and procedural dungeon generation. Alpha 1 backers will play through a Waerdic obstacle course as either Neran, To'resk, or The Waerd. Different traversal types that players will encounter include: 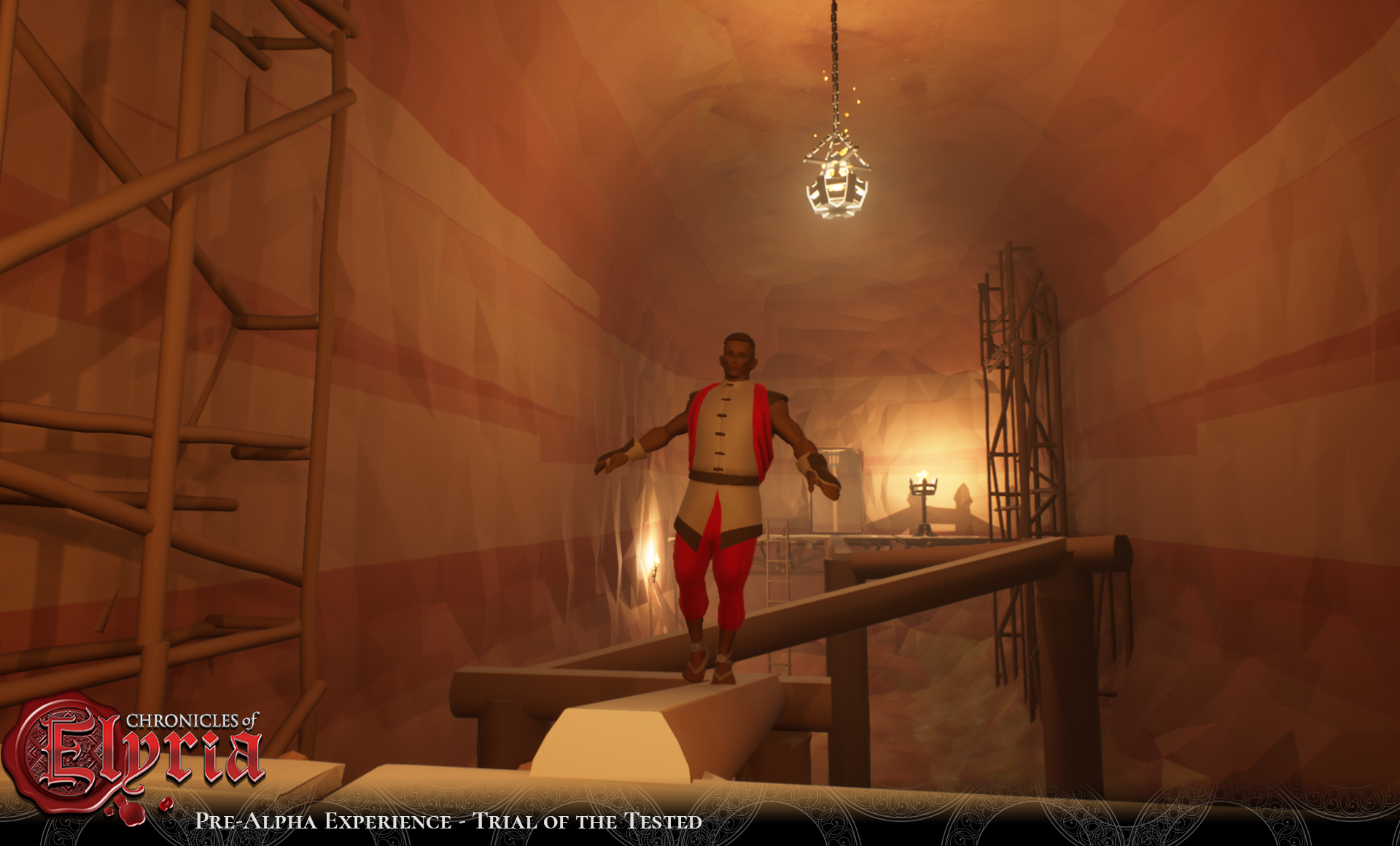 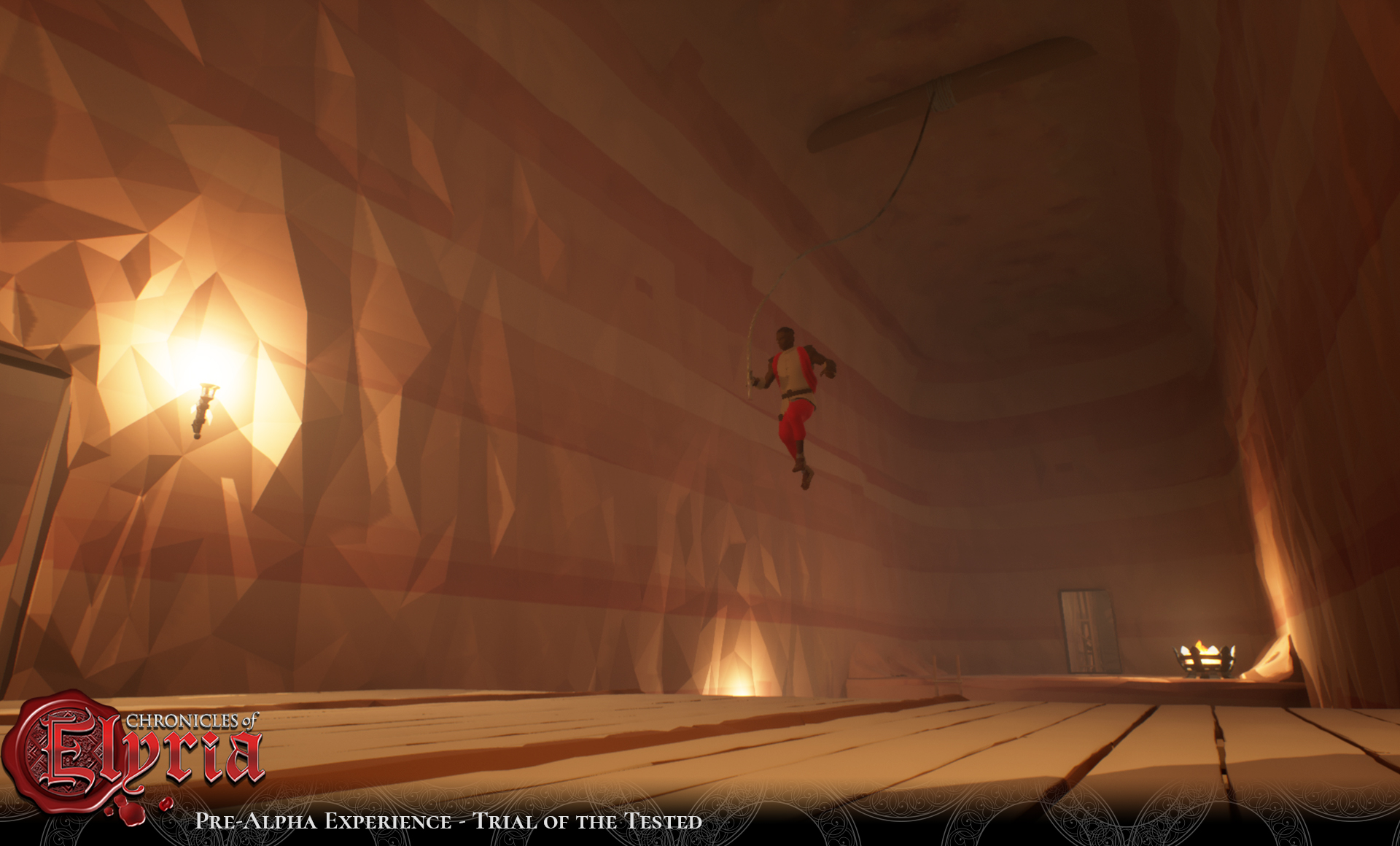 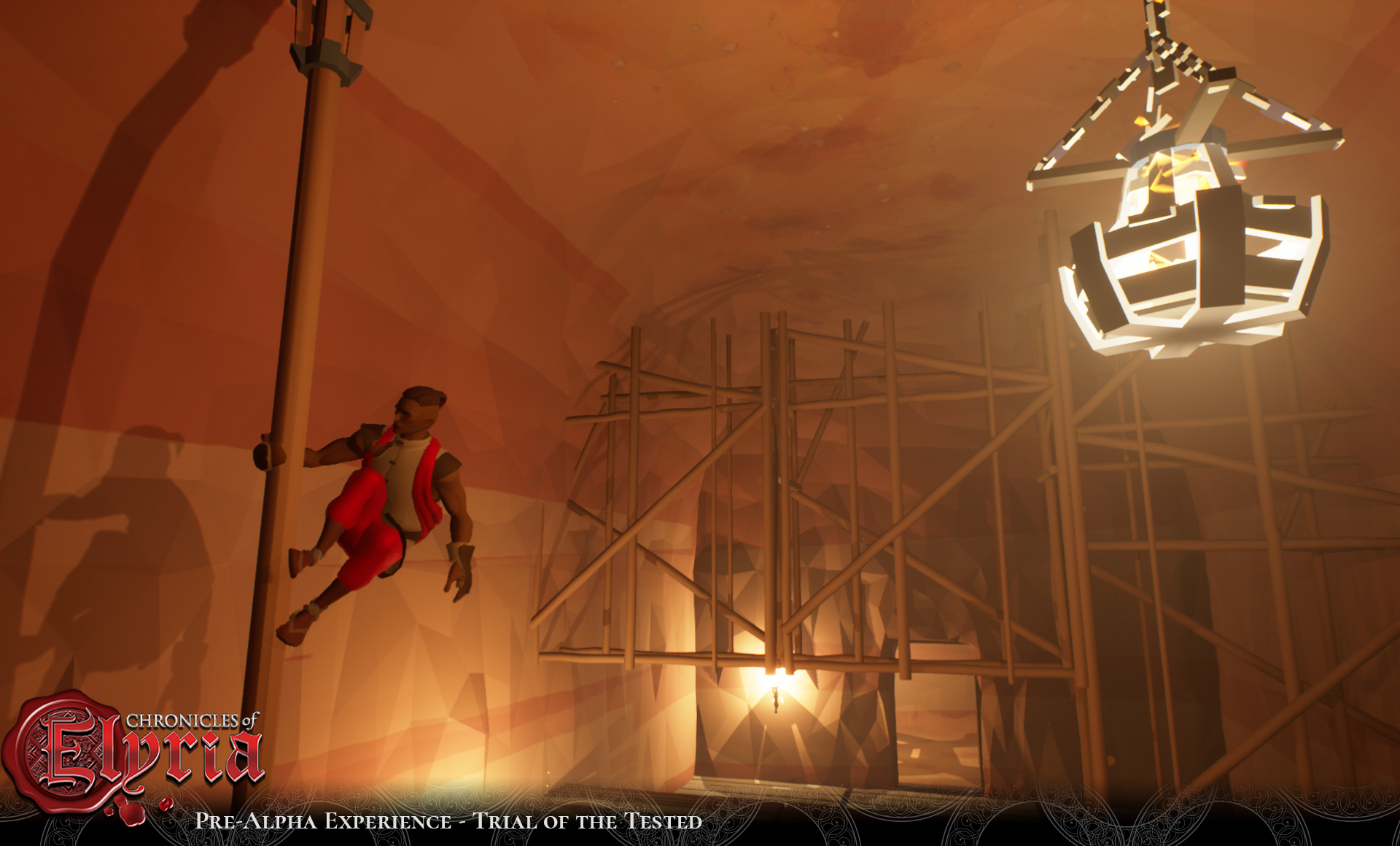 A variety of obstacles are assembled together by our procedural dungeon generator, and testers can select the difficulty of the obstacles in the course they want to play. Some are quite easy and most players should be able to get the hang of them with a little practice. Some are quite challenging and will take timing and precision to succeed! In Chronicles of Elyria, some characters will pursue advanced traversal skills to explore caves, dungeons, ruins, or scale fortifications, so it is important that there exists a wide range of skill levels that characters can learn, in game! The procedurally generated world will allow there to be varied challenges for these skills just about anywhere. 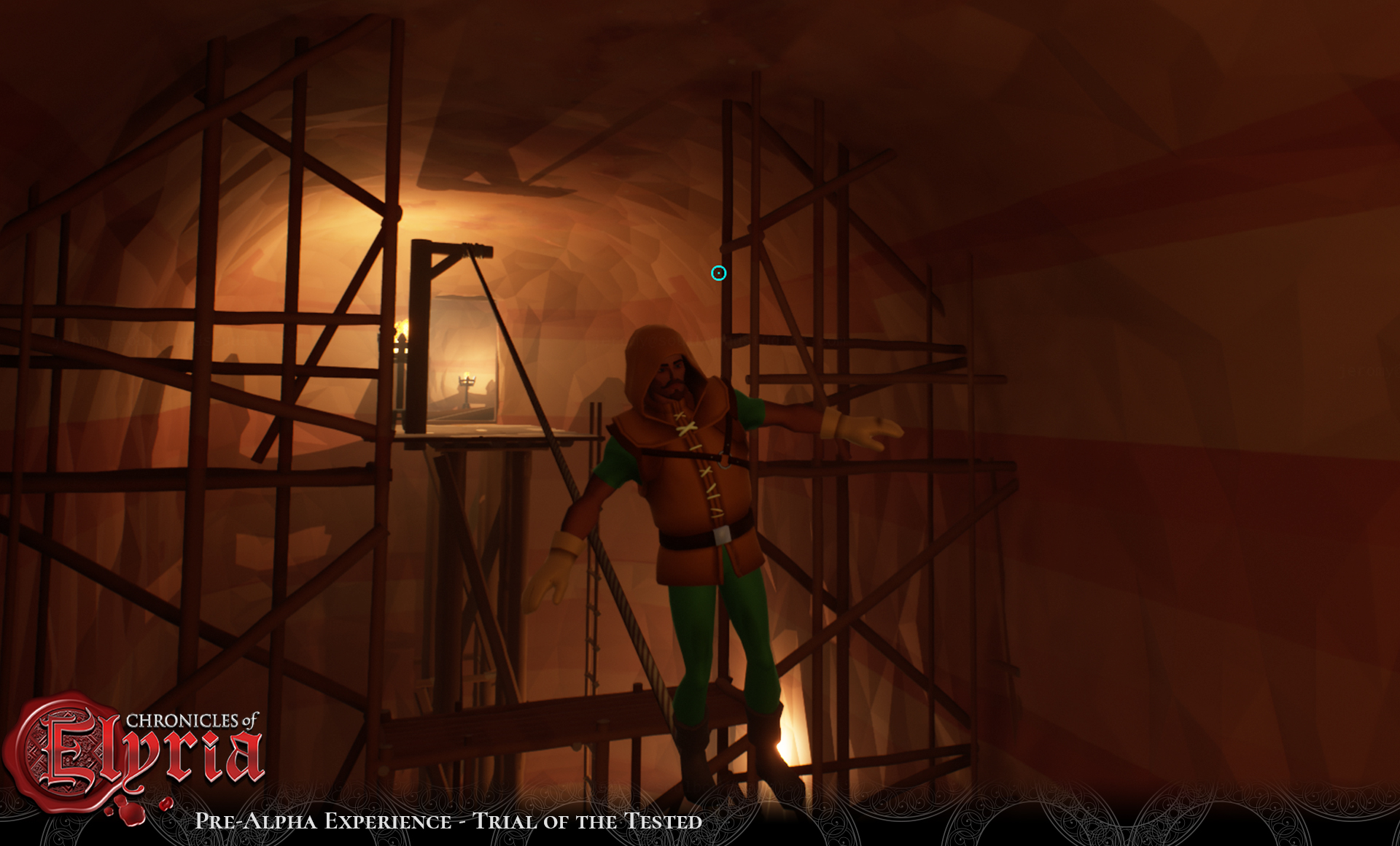 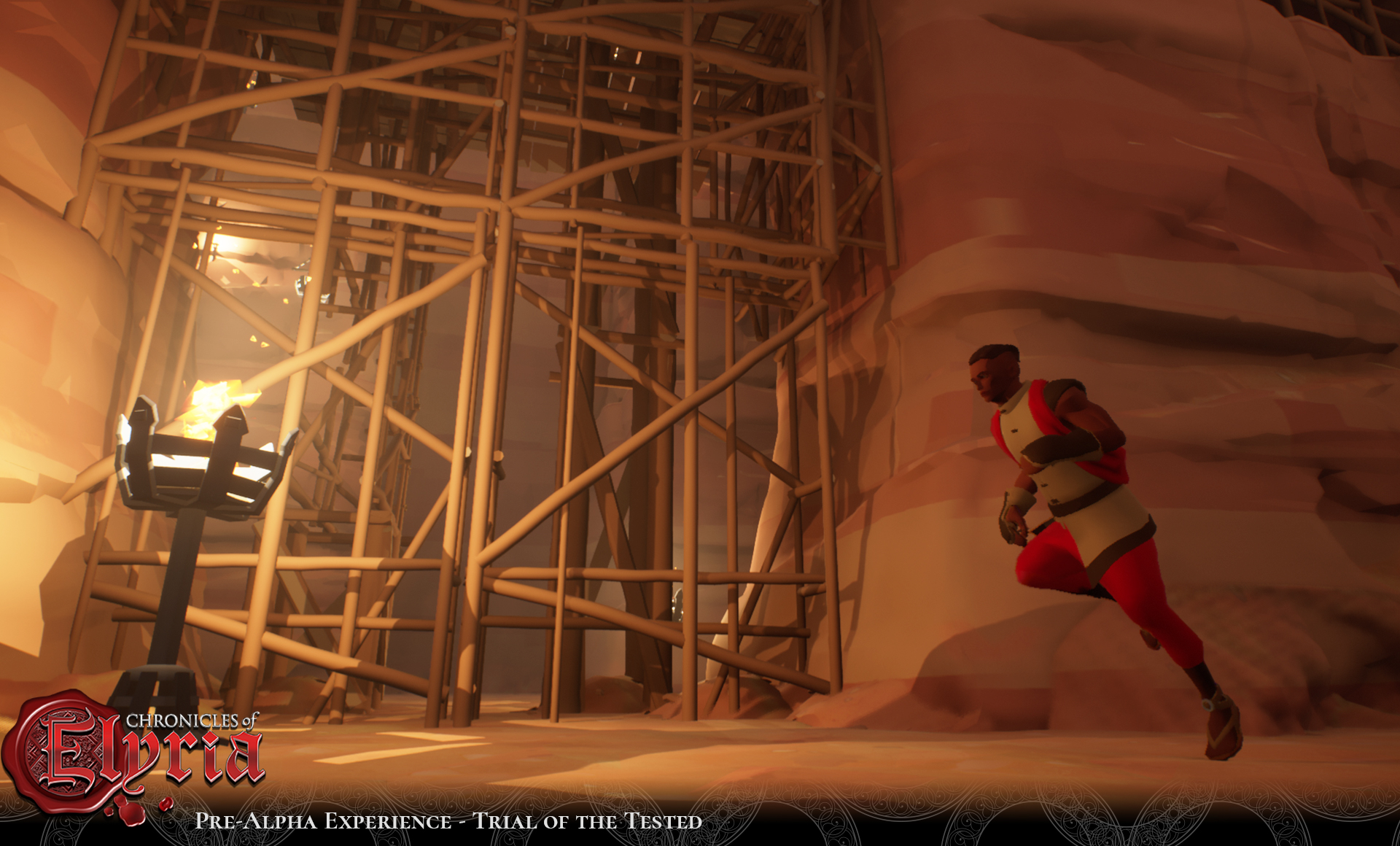 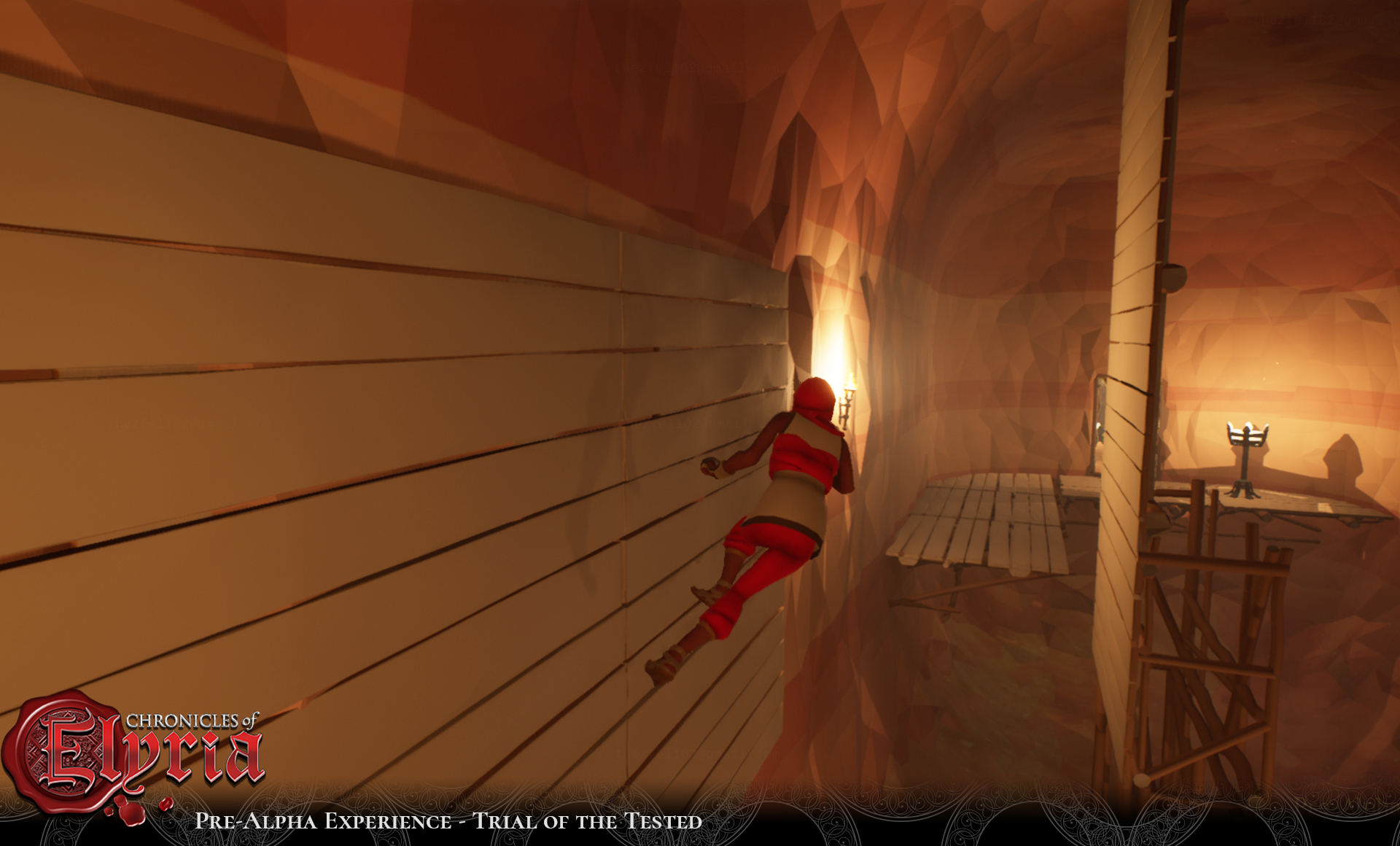 The test client includes ample telemetry to help us gain insights about player experiences. This objective data, along with player ratings and write-in feedback, will help us improve the gameplay for future pre-alpha playables and beyond. We believe strongly in getting feedback early and often. The entire Soulbound Studios team is excited to have our work in the hands of players, and look forward to learning what we can improve to make the game even better as we continue development.

This test period is expected to last for three weeks, with some downtime expected for maintenance.

NDA Is In Effect

As a reminder, the participants in this test are bound by NDA and cannot share screenshots, video, or other materials. They are permitted to let Discord display their Game Activity, so don't be surprised if you see folks playing Chronicles of Elyria!

More playable experiences are planned as we build up speed with our test cohort. Stay tuned for more exciting things throughout 2020!

State of Elyria: Into the Abyss