In most MMO's today killing is the de facto way to handle problems ranging from the magnificent to the mundane. Ancient evil taking over the world? Kill it. A band of highway robbers stealing precious items from travelers? Go slaughter them. The local blacksmith has been shaving gold ingots and keeping the extra gold for himself? Go rip out his entrails.

People are encouraged to use capital punishment for everything. This type of behavior inherently leads to a sense of lawlessness and encourages griefing and other anti-social behaviors. PvP becomes less about achieving objectives and more of an automatic reaction to seeing other characters in the wild. In a world where every quest involves killing someone and all characters neatly respawn without consequence, what other conclusion can players draw than killing (even repeatedly) is acceptable? 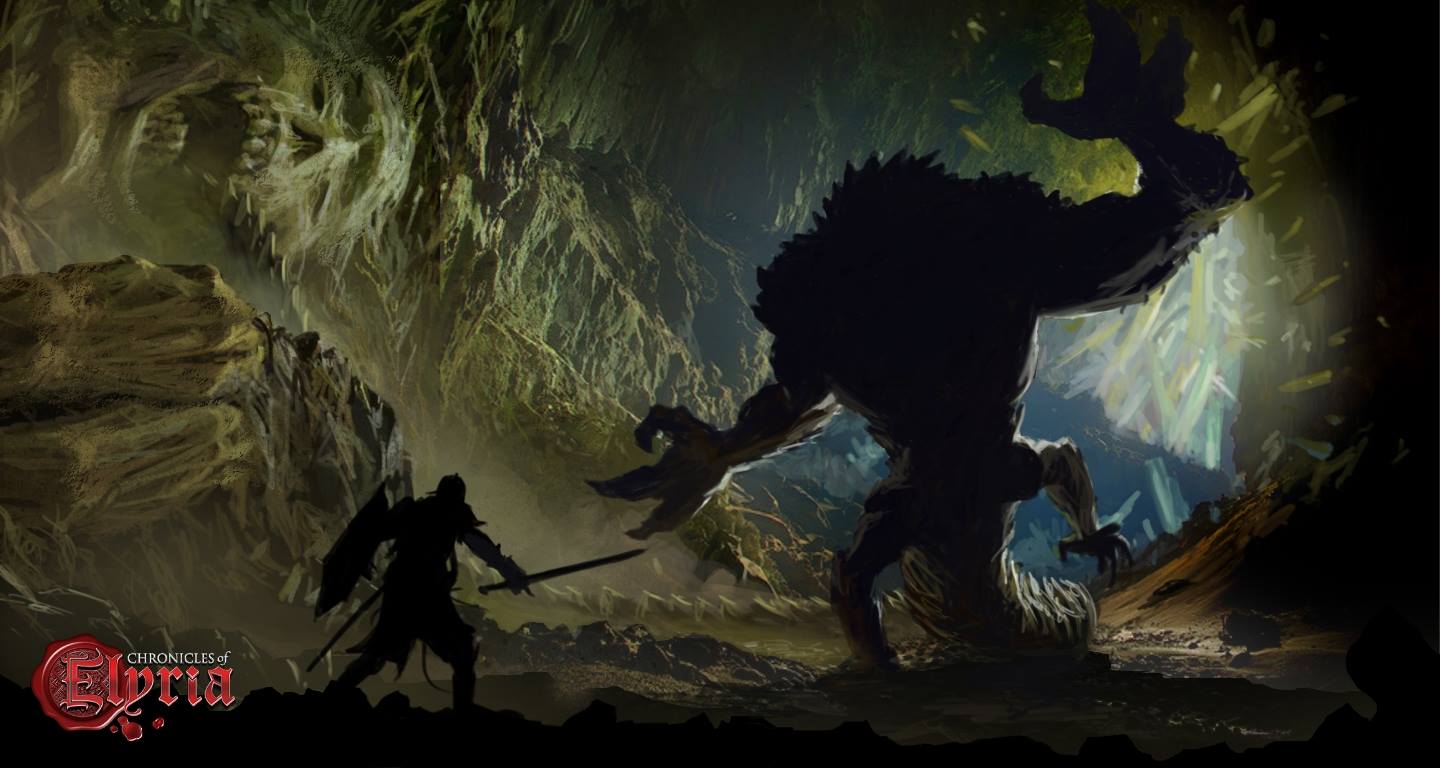 Combat does exist in Elyria, but is bound by the laws of the land and the repercussions of Spirit Loss from each death. Sanctioned combat happens on the battlefield, when hunting down criminals with a Bounty token, or when in a practice arena. Outside of those situations, the risk is being caught and facing the consequences.

The era of auto-attacking is over. If your character effectively swings a sword, it's because you chose the precise moment for them to do so. With various types of weapons will come different combat styles. Still, no matter what weapon you have, if you are not able to block, parry, or dodge your way out, you may be the one getting bested.

Chronicles of Elyria doesn't utilize the same system of health points as in most other games. Vitality is a combination of all the various bars you might be used to in other games rolled into one. Health, fatigue, hunger, thirst, all represented as one mechanic. It is not for simplification, though, you still have to consider all those factors, it's for consequences. Your actions in one area now impact other areas of your character. One can think of Vitality as consciousness. If you go too long without rest, food, water, etc. you pass out from fatigue. If you're in a fight and are injured, you fatigue faster and pass out sooner.

There are legends of powerful magic existing in the world of Elyria long ago, but no one has seen or heard of it for thousands of years... Some say certain souls appear to have latent abilities known as Talents. There are whispers of Magic Use, the ability to Travel, Shapeshifting, Healing, Animal Speak, Planes Walking, and many other things, but they are quite rare, affecting less than 5% of players. Alchemy and herbalism, however, are common professions in Elyria.