This year’s Kickstarter-versary was a momentous and inspiring occasion for all of us in the studio. With returning vault items, new promo items, milestone rewards, the “Show Us Your Domain” contest, and the rare ingredients and recipes from far away, we hope you found the experience exciting and rewarding as well.

Since we felt the event went so well, the studio felt it made sense to immortalize the success and celebration that occurred with this wrap up blog.

First, a quick reminder of the event for anyone who missed it.

The purpose of the Kickstarter-versary is a way to say thank you to our original backers once more, and to extend that thank you to each and every one of you who has helped us push this dream forward. Every player who had a Chronicles of Elyria pledge package by the end of the promotion will receive a suite of gifts from the studio, ranging from unique recipes for treats and adult beverages up to a steadfast and loyal companion for you to take on your adventures! Each gift is a small but heartfelt expression of our gratitude for your continued support!

The rewards that players earned include all of the original milestones created, and all of the extended “stretch” milestones, plus all four “Thank you” gifts. There wasn’t a single milestone or reward the community didn’t earn. Huzzah!

Milestones were achieved by players purchasing items from the online store during the event.

The milestone rewards players earned at each level are:

See this original post for more details on these items you’ve earned!

Additionally, players earned all four Thank you gifts. They are: 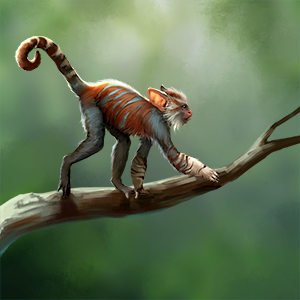 A Round on Us 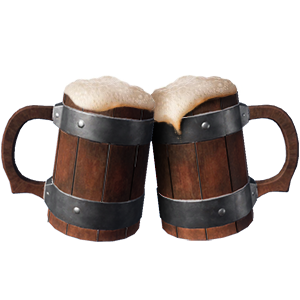 All of these player rewards (thank you gifts + individual milestone rewards) will be deposited into player inventories very soon(tm).

But wait: there was more!

Lastly, we hosted the “Show us your Domains” contest, which received an astounding amount of entries (over 200!). We are still in the process of judging them, and will announce the results and winners as soon as we’re done!

Tons of players participated in many aspects of this event, and we thought you’d find it interesting to see some of the statistics we were tracking during the event:

All stats below are collected from this event that lasted from September 16th at 4pm pacific through midnight pacific on October 14th, 2019.

How many players only had 1 token:

How many total players collected tokens:

What were the top 10 promo items sold:

Here’s what everyone had to say about this event:

”The Basilisk Lizard is adorable! Definitely would love to see some armor clad To'resk on them.” - Super Moderator Xeyska

"As I promised Caspian goes in my wallet in between Jesus and Rihanna. Thanks for my favorite weapon of destruction, The Ballista" - Duke Augustus Aquila of Selene

”To see the overwhelming support for the game. It makes me proud to be a part of our amazing community.” - Moderator Focii

”lol all I can think of when I look at the Battlecats! in the store is Thundercats and its glorious haha well played SBS ;)” - Mel Bluebelle of Luna

”There were so many things the studio did right with this Kickstarterversary; I think it promises some really great promotions in the future! Not only were members of various tribes and biomes considered, but also a variety of play styles, too. All I can say is... I couldn't keep my wallet away from those outfits!” - Super Moderator Kitlandria

”Thanks SBS <3 Eyes bulged out of my head when I saw the Villager Token Contest Winners. Awesome news!” - Alleykat from OCE

”It was a lot of fun to read and see what people came up for the Show Us Your Domain contest and with those prizes it was no wonder people put in a lot of effort!” - Ambassador Rofus

”I’m definitely more hyped after this event. Imagine all the trebuchet airline potential if you combine the glider with trebuchets!” - Super Moderator Ikkerens

Soon all of the prizes will be awarded to everyone, and we have been deluged with amazing entrants for the Show Us Your Domain contest! There were so many of you participating that this is going to take a little bit to judge!

Thanks to you, this was a record breaking Kickstarter-versary! You worked so hard to meet our challenge that we had to make new challenges for you!

We’re going to have to work hard next year to top this Kickstarter-versary.

Heartfelt and ever-humble, we remain in awe and with great gratitude for all you’ve helped us achieve, and for what’s to come.

YAY! Thank you to everyone!

Oh Wise Oracle, will I be able to purchase villagers of ANY tribe? Shakes Infinity Oracle

Congrats on the success you guys

The only additions I'd make are

1, A better selection of sale items, For the Weeklies this was mostly fine though as usual some races/biomes were left out again. Similar to that there are several professions (some of which like Blacksmithing which even have as Design Journal out) that have a grand total of 0 purchasable items. Right now its either Be a count buying farms or buy pets to most people.

Other than that it was a great event

Woot!!! And we appreciate all the hard work from the Studio. Keep doing what you all do best and we will keep supporting you...

However, I am sure I'm not alone in hoping for some playable and testable material before the next KSversarry. We've only been waiting "patiently" for 3 or 4 years! lol 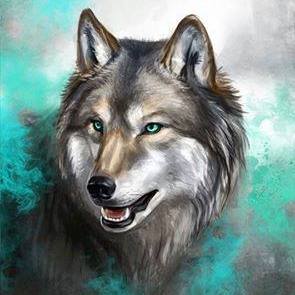 It was a fun event. Thank you! Oh, and please don't tell my wife how much money I spent or I suspect I won't be alive by the time CoE launches. :D

Enjoyed taking part to this versary, and look forward to the next step of developpment !

Yeah, the next milestone would be the best gratitude you could offer to us. 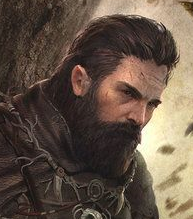 Was a fantastic anniversary. Well done! 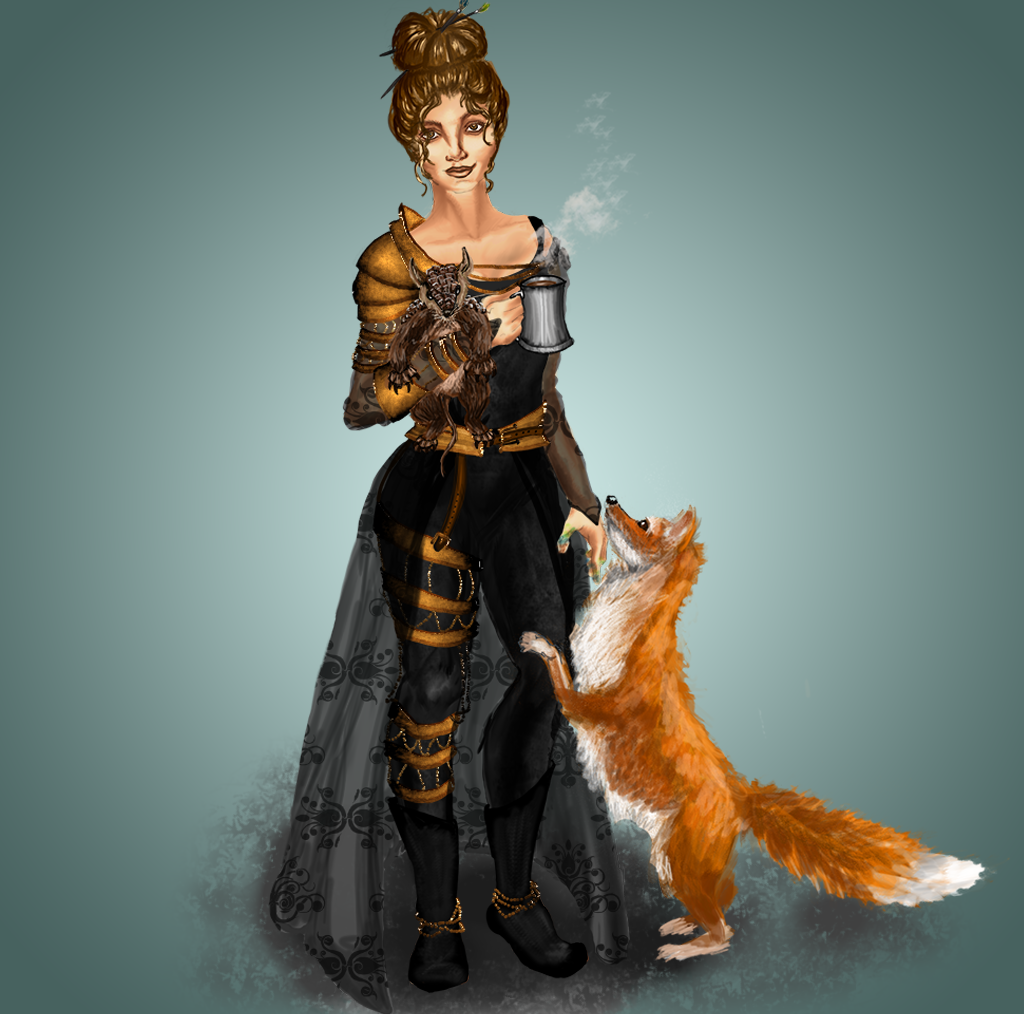 Big thank you to SBS for putting on such an amazing Kickstarter-versary! Seeing the new items you guys came up with each week was so fun!

We need triple-chocolate-chip-cookies to go with that tea set ♥.♥

I think there was like a love boat for 2, not the barge with wine and chocolate, that didn't show up.

I want to see aesthetic customization kits and commission vouchers. The intent is to allow for different colors and/or materials to be used to make existing blueprints, as well as permanently teaching the crafter/vendor where it was claimed how to make more or acquire more.

Different versions could exist for different levels, such as personal, familial (incorporates family crest), organization (like a uniform), settlement/town (town guard or court attire), and regional style, each version being usable only by people with permissions of the version type or lower. Like if you meant to run a guild, but joined one instead, the organization voucher could be claimed at the familial level instead.

Being possible to replicate is based on the region, though. A specific color or material may be inaccessible or inadvisable, and may fall out of fashion or accessibility quickly. Making a Kypiq helmet out of bone and leather, then painting it reflective orange, probably wouldn't catch on.

Reese "Legendary Neurotoxin" Holland - COE Reddit Mod - Game Dev, but not on CoE. Talkshow on https://www.twitch.tv/theoryforge on Sundays with the rest of the Theory Forge crew!

I'd have to agree that more tradeskill items would be nice.

If you truly want a list of what we would like to see in another event then without further ado and in no particular order:

The excitement was real this kickstarterversary and we are starting to see things come together so know we are all waiting most anxiously for the time we get to see our first Elyrian dawn!