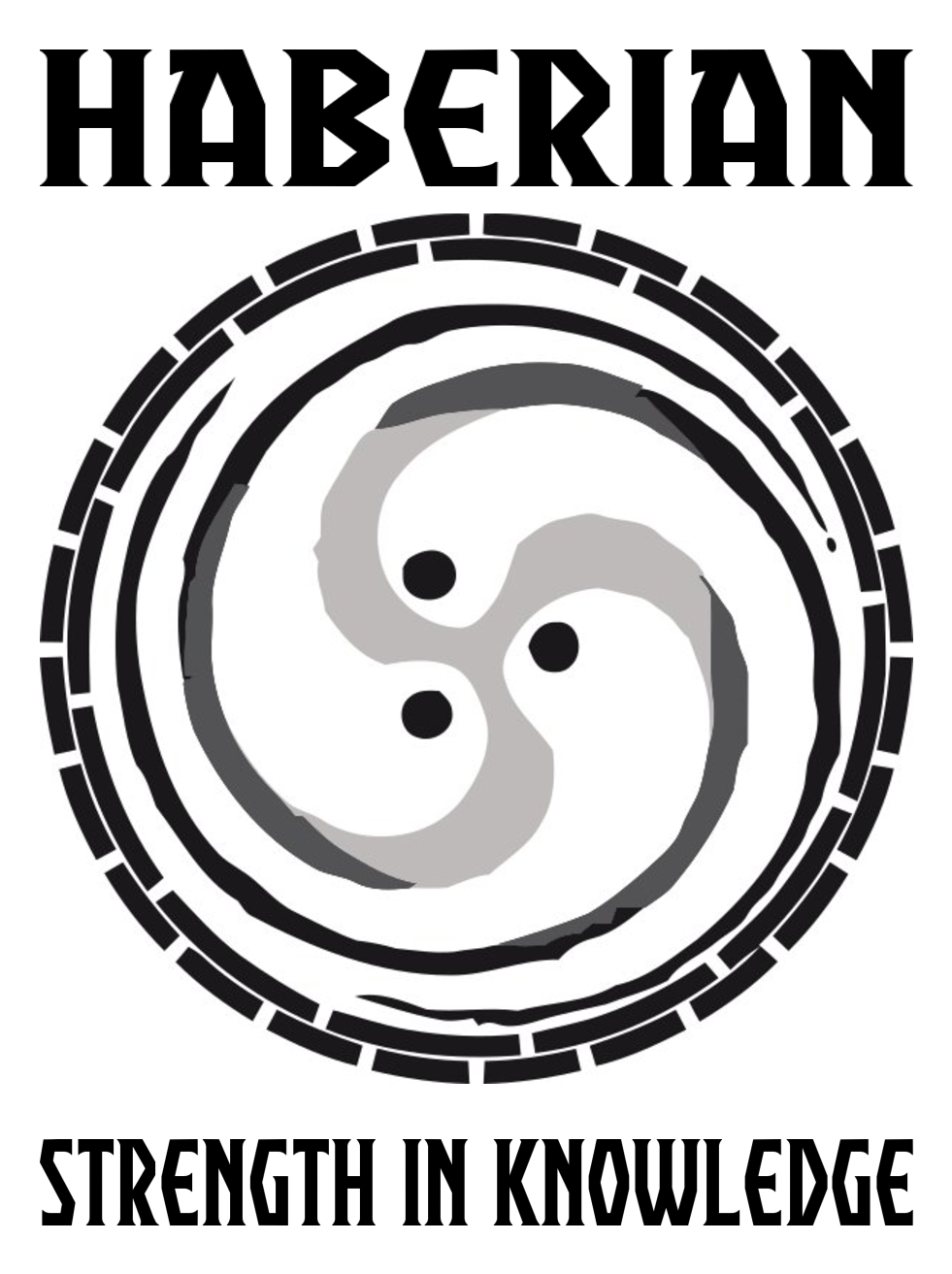 The current crest of the Haberian family. The County will have it's own coat of arms, which will replace the above image once it is finished.

Duchy : The Royal Duchy of Kathandriel

Kingdom : The Kingdom of Ashland - Kingdom 2

Land : The county of Llychlyd is located on the northeast edge of the Royal Duchy of Kathandriel. The county is centered on a mountainous region and claims the rich alpine tundra surrounding it, as well as having the city of Chread seated directly adjacent to a channel that leads to the ocean.

Population : The county of Llychlyd, as well as the surrounding lands, is a predominantly Hrothi region, although Neran and Brudvir are also somewhat common.

Focus : The county of Llychlyd is focused on combat and research, training elite warriors and scholars. We are also a haven for metalworkers and builders, due to the abundance of minerals and stone found in our lands.

If you would like to join or have any questions you can join our discord here.

The Aristocratic Council : The county of Llychlyd is essentially run by the aristocratic council, which is made up of the leaders (usually Mayors of Barons) of each settlement. The Count sits on the council as both Chread and the county as a whole, and must approve most major decisions. While most issues should be presented to the aristocratic council, should a Mayor of Baron feel it necessary, they may bring any issue directly to the Count or his advisor.

It is expected that the Mayors and Barons of Llychlyd county respect their people, and consider their opinions and well-being when making decisions both in their own settlements and in the aristocratic council.

Master of Agriculture : Responsible for ensuring that the people of Llychlyd are fed and preventing shortages of agricultural resources.

Master of Trade : Responsible for regulating trade and protecting the people from unsafe or misrepresented goods.

Master of War : The highest ranking member of the military in Llychlyd, responsible for strategy in times of war, and ensuring the county is defended.

Keeper of Knowledge : The head of the Library of Chread, responsible for presenting relevant knowledge to help with issues or improve the lives of the people.

Enforcer of the Law : The head of the guard, responsible for keeping the peace and ensuring the safety of the people, as well as dealing with those who break the law.

Steward of the Treasury : Responsible for the county treasury, as well as keeping track of taxes and payments paid both to and by the county.

High Priest : The highest ranking member of the church in Llychlyd, responsible for maintaining the temple and providing religious council.

Any guild that is based within the county of Llychlyd, or has a significant impact on the county, will also have a place for their guild’s representative in the Court.

The Circle : The Circle is a group of those chosen by the Count to advise him, and while they have no direct authority or power, they are held in high regard as the Counts most trusted advisors.

Here are my responses to possible questions and concerns that settlers of Llychlyd may have. Please do not hesitate to contact me if you have any other questions or would like to join the county. This list will be updated as necessary.

It is worth noting that every settlement in Llychlyd has a self-sustainability score of 6/7, meaning that they can all easily support a much larger population than they are expected to have.

Water: While the capitol and one other settlement in Llychlyd have sources of fresh water, the remaining three settlements are without. While I hope for all settlements of llychlyd to have their own source of water as soon as possible, until wells or water transport (channels or aqueducts) are completed, water will be brought from the capitol to each settlement as needed in barrels or other containers, and rainwater will be collected to supplement the water from the capitol.

Food: While our rocky climate may not provide much in the way of trees, this does not mean the land is inhospitable. In fact, every settlement in Llychlyd has farmland as well as at least one other source of food, such as game, forage, or fish.

Tribes: The most common tribe in Llychlyd is Hrothi, at about 81%, with about 9% Neran and 6% Brudvir. All tribes are considered equal by the law.

Security: While the security of individual settlements is the responsibility of the mayor of baron, the capitol will provide training and in some cases funding to settlements where security is lacking. While the safety of the roads across the county cannot be guaranteed, the areas around settlements will be patrolled and kept safe. Large parties and high-ranking individuals will also be provided with escorts between settlements. All reports of criminals or bandits will be taken seriously, and any threat that is reported will have troops from the nearest settlement, or the capitol if necessary, to eliminate the danger.

Chread itself will have guards stationed at all entrances and high traffic areas, as well as regular patrols of the city and the surrounding area.

Laws: All settlements in the county of Llychlyd will follow the laws of Ashland and Kathandriel, and shall pass no laws to contradict them.

Crime: Petty crimes like small theft and disputes will be handled by a Magistrate and court in a fair trial. More serious crimes may be brought before the High Magistrate. If a public official or noble commits a crime of any degree, they may be tried before the Count at his discretion.

Abuse of Power: While I hope this will not be an issue, should those in positions of power and influence infringe on the rights of the people or disregard their responsibilities, they will be tried by the count and Aristocratic Council with their people or those affected present, and sentenced if found guilty. In extreme cases of negligence or corruption, they may even be removed from their position. Any citizen may report abuse of power directly to the count, although it is expected that they have some evidence. If you do not wish to contact the count directly, you are free to report abuse of power anonymously as well.

We are still looking for mayors to govern the 4 unclaimed settlements, as well as players to fill key government positions!