We're fairly certain your event attendance desires and button smashing proclivities have been satisfied for the time being thanks to our previous event.

With that in mind, this month we're celebrating new lore and information that hasn't been released before!

Once per lifetime, every 52 years (in Earth's fall), the Faedin celebrate the Festival of Passage. This is a year-long festival, in which the Faedin observe and recognize their relationship to the animal spirits of the world, the process of reincarnation, and the transition from what was before, to what will come.

Read the revealing lore associated with this promotion and learn how Nanna became the first in this new story: The Leader of the Pack

The Kypiq celebrate this time by hosting The Masque of Passage - A masquerade lasting a full month similar to Mardi Gras where people dress up in costumes to honor the different animals of Elyria.

The Pursuit of Passage is a hunt lasting a full month, where Brudvir dress up as wolves and attempt to join the wolf packs, and then proceed to hunt with them. They hunt and kill in order to usher in the end of an animal's life to prepare for Queen's Gaze and the chance for reincarnation.

The Janoa honor this time with the Contest of Passage - a month-long tournament where people fight within a circle against other people, or against a selection of animals, to demonstrate their prowess.

Others who share a close relationship with a Faedin tribe may join in the celebrations and use them for their own means.

As this time in Elyria is celebrated, you can be certain there will be stories passed down through the ages about grandiose Masque of Passage costumes, and unfathomable skills demonstrated by young Janoans during their contest.

However you celebrate, think of your animal spirit as you do and your life will be richer for it!

Keeping with our tradition, this month during the Festival of Passage, new limited-availability items are now in our online store!

These promo items will be available starting on September 19th, 2018 and lasting through Friday, September 28th, at 12pm PDT.

After that, all promo items will return to the vault.

Here are the new store items you can currently purchase:

Description: Honor the transition of the soul and the Festival of Passage with traditional Faedin instruments. 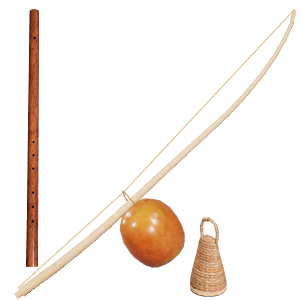 They say that the howl of Ylva''s pack, the first wolves to connect with the Brudvir, can be heard through their flutes, while the berimbau of the Janoan Contest marks the entrance of a new warrior into the fray. Whether you are joining the Pursuit or taking up the Contest, steady your mind and attune yourself to the spirits around you with the Sounds of Passage.

Description: Adopt the form and techniques of the wolf and join the pack! 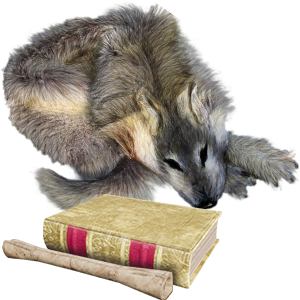 Celebrate the Brudvir connection to the spirit of the wolf and the Pursuit of Passage as you follow in the footsteps of the first Brudvir, donning the wolf costume and stalking your prey.

Description: Celebrate the many forms of the spirit with this collection of Kypiq masques! 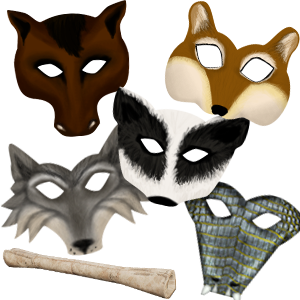 Each mask represents the Faedin's belief that the animal spirits of the world are deeply connected to the Tribes of Elyria. Don your masque and enjoy the many shapes and forms a soul can take in the Cycle.

Description: Embark on a mind-expanding spirit journey through the Astral Plane as an animal spirit! 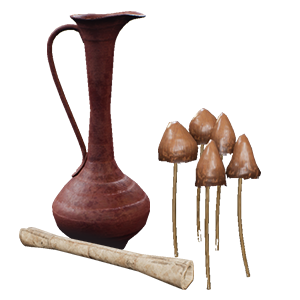 It is said that the form a spirit takes in the Astral Plane is a reflection of its place in the Cycle of Souls, and that each of us, even as we live but a single lifetime, still have within us the past shapes of our soul. With meditation and reflection, these forms can be explored...

Description: Travel in style – Brudvir style – with this sled and your own private wolf pack! 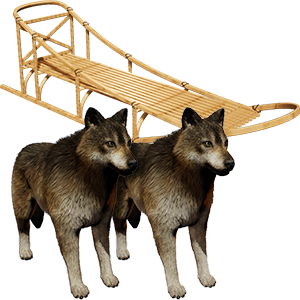 Though meant primarily for the snow, these sleds can be drawn across almost any terrain with the right team and there is no team as determined, loyal, and lethal as your very own pair of domesticated pet wolves!

Description: Start a pack of your own with this domesticated wolf! 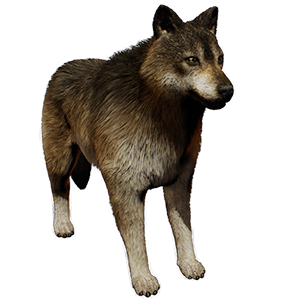 A wolf's pack is its family, when one adopts a wolf, they are adopting a fiercely loyal companion. Family in spirit, if not in fact.

That's all for now folks, we hope you enjoy this promotion and the lore story that accompanies it!

Make sure you head on over to our online store and grab the items you are most interested in as they return to the vault on Friday, September 28th at 12pm PDT!

If you have any questions about this promotion, please reply to this thread or email us at [email protected]

Can we get a woop woop for brudvir merch

Something just dawned on me after I purchased Wolf's Clothing, I been purchasing things all the time without really thinking but how are we going to carry all of this stuff? I will be able to store it in my home but for those who are not that fortunate to own a town/home etc how will they carry all the stuff they purchase?

@Gozirra You have to claim the items. I dunno if there is a limit to how long you can go without claiming your store items, but you essentially won't start out with everything you bought in your backpack. So no fancy "death by inventory overload" when you start the game.

I'm soooo about this. The wolf outfit and the spirit journey set. YES! Both sets are exactly what I've been hoping for and imagining trying to put together in game. Thrilled, in a word. :D

That is actually a REALLY good question. Maybe most things, other than the animals will fit onto an Ursaphant? However, not sure what your personal inventory holds at the moment. You may need two or three ursaphants? :)

Thanks for more items SBS!

If kypiq believe that the spirit resides in trees as well why there's no pinecone masks? 🤔

I absolutely love this promo. That's probably an understatement. I mean wolves....wolves!!!

Something just dawned on me after I purchased Wolf's Clothing, I been purchasing things all the time without really thinking but how are we going to carry all of this stuff? I will be able to store it in my home but for those who are not that fortunate to own a town/home etc how will they carry all the stuff they purchase?

At least with these promotion items you have sometime after launch to claim them, compared to EP items which you need to claim before expo ends.

But either way, I expect many people will just fill their house with heaps of crap or really never claim half the things.

I'm loving the chance for the wolf related items. I believe this season speaks mostly to the Brudvir.

My Name Is Papa Rannúlfr. Protector and Leader of my pack. I will Do Anything to Protect my pack and my home. I am ShieldWall Strong.

Would we be able farm more of those "mushrooms"?

I'm thinking we'll have the opportunity to determine when and where to activate it. At least for those with Alpha/Beta access. Or it could be people using wagons, or storing their items in something similar to a bank but for items instead of money.

My Name Is Papa Rannúlfr. Protector and Leader of my pack. I will Do Anything to Protect my pack and my home. I am ShieldWall Strong.