The County of TBD (Announcement will be made after land selection)

The township of Mann's Landing and the Brunel Shipwrights Company are a duet of resources, focus, and goals. The Mayor of Mann's Landing is jointly one of three Heads who organize the Brunel Shipwrights Company we homely know as BSC. There is no requirement for a citizen of Mann's Landing to join BSC, but all citizens should understand the relationship between the local government and the company. For those well-versed in the lands of Skyrim, we're like Riften and the Black-Briar Meadery plus Thieves Guild. :-) Please feel free to reach out to us on Discord and we'd love to chat! We already have a growing citizen population.

Please visit our company page as well, The Brunel Shipwrights Company. The announcement is in need of a facelift, but the listed information is still valid and we'll be updating as time goes on. 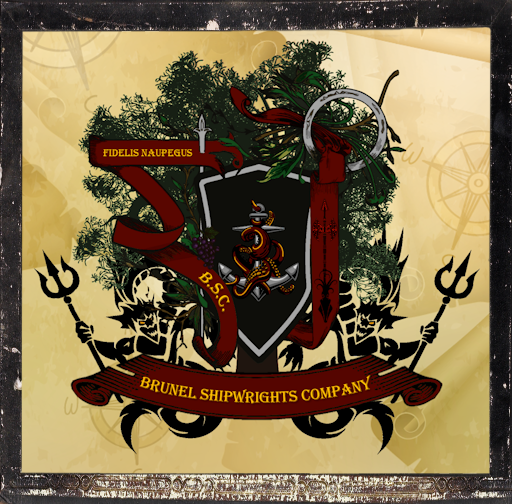 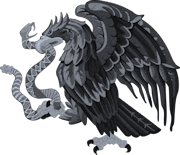 The Serpent and Eagle token was frequently fashioned from stone and was found during the Xerilias occupation of Bordweall. The eagle attacking a serpent represents the conflict between a Mayor turned traitor and a rebellious group of smugglers. The traitor Mayor welcomed Xerilias forces into the city of Mann’s Landing without resistance by rising his family banner, garnishing an eagle with open wings, and a white banner of surrender. The token was fashioned for the common folk to ensure they never forget or forgive the actions of a traitor. Years later a fierce uprising spurred on by the group smugglers, called the Smugglers Union caused the terminal end of the traitor Mayor. Rebels captured the oppressive Mayor and hung him from a tree just outside of town. Months later the body was cut down, burned to ash, and dumped in pig scat. The token’s original stone-smith was never identified and regrettably nearly all tokens were lost or discarded after the Xerilias occupation ended. 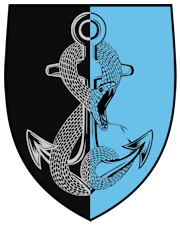 The Serpent Anchor is one of the earliest symbols of the Smugglers Union, which was later known as the Crimson Serpents largely in part to the birth of the Serpent Anchor. The anchor symbolized the primary mode of smuggling the Smugglers Union utilized during the Xerilias occupation. The roads became far too dangerous for normal modes of goods and armament transportation, so the smugglers took to the rivers and shallow coastline. The serpent was the prolific symbol of the smugglers--silent, patient, venomous, deadly, and unpredictable. Xerilias never knew where they’d strike or turn up next. The symbol was frequently fashioned in a wide variety of designs, material, and colors depending on the craftsmen. In the beginning, smugglers would tattoo a serpent to their hands and arms, but this tactic proved fatal when investigated by authorities. Crafted Serpent Anchors were made from stone, wood, metal, and even cloth which was sewn under the garments of smugglers and resistance merchants alike. The Smugglers Union trade network was vast during the Xerilias occupation of Bordweall and each county tended to mold the symbols color scheme to their favored Count or Countess. Smuggler’s frequently used a system of challenges and passwords followed on by the presentation of their Serpent Anchor. The example above was found in the County of Alhamora, made of silk and sewn under the cuff of a local merchant. The symbol was not noticed until the merchant passed away from old age and discovered by his heirs. 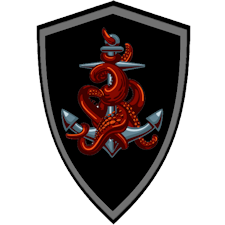 The Tentacled Anchor was created shortly after the end of the Xerilias occupation. The Smugglers Union did not dissolve overnight however the union did meet its end within months. Many of the smugglers took to infighting, murder, thievery, piracy, and other forms of deviancy. Some took the opportunity of peace and started a new subtle life. However many of the smugglers would not live to see year 700, thus the year 696 was dubbed the Year of Crimson Blood. Three of the smuggler Captains (Johan Fitzler Ironside, Leutwin Brunel, and Botswyn (Carmin) Isambard) chose to take to mercantile trading and started the trading organization called the “Crimson Serpents,” in homage to their fallen brothers and sisters of the sea. The anchor was kept however the snake was removed and replaced with crimson tentacles of a mythical sea serpent or Kraken. The shield was reshaped and painted black in respect to their past and keeping to the shadows. The grey border was added to remind all those sailing under their banner that they’re always one step from going overboard and meet their shallow grave should they choose the path of a traitor. Forty-six years later, Johan Ironside and the children of Brunel and Isambard founded the Brunel Shipwrights Company in 743 and kept the Tentacled Anchor out of respect for their forbearers. Shortly thereafter, the company transparently announced their past correlation to the Smugglers Union. After the assassination of Johan Ironside in 747, the Company’s Board believed they were being branded as an active smuggling organization and filed for an official review of the symbol with a strong representation of severing ties from the ‘old ways.’ Wilhelm Brunel, son of Leutwin Brunel, and majority shareholder to the company overruled the notion and preserved the Tentacled Anchor, whilst only for a short time. After continued pressure from the board in 748, including Rickavyr Isambard and Johan’s eldest son Torleif Ironside, Wilhelm Brunel agreed to change the company’s symbol. The deal was struck with two stipulations. One: The board must agree by unanimous decision of the new symbol. Two: The new symbol must properly symbolize and capture the noble deeds of the Smugglers Union and suitably represent the new and thriving Shipbuilding enterprise. A stalemate exists to this very day.

PLEASE COME BACK AND VISIT TO SEE MORE LORE, STORIES, AND TALL TALES FROM THE HIGH SEAS. 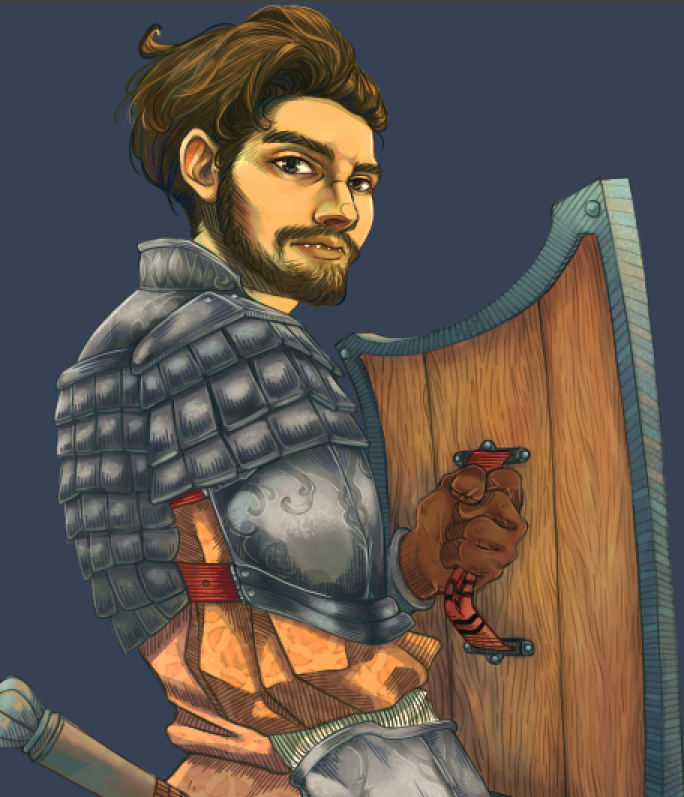 Whoever does your graphics should be given a medal for such a visual feast! I love how in-depth your life is! If you have more, please keep it coming!

In light of the map voting, we have a lot of exciting conversations and planning going on. If you're interested in shipbuilding or simply want to live in a large port city, please hit us up in the Brunel Shipwrights Company Discord.

Settlement selection is nearly upon us! Once our location is locked in, I'll update the post here. Dreams are becoming reality!