It is my great pleasure to announce that the Duchy of Feann is now a member of the kingdom of Al-Khezam.

Feann is ruled by a council of advisors and the Duke whose aim is to make sure that the people who live within the Duchy have their problems listened to as well as setting an example of good rule through their actions. Each person in the Duchy of Feann should feel valued, and if they don’t, then we see that as a problem.

Once the game launches the Duchy will have a hierarchy of leadership. It is unlikely that a citizen will need to contact the Duke directly as it is more likely that their issues will be at a local level. Therefore Mayors and Barons will likely handle the majority of local level issues with Counts helping if required. Of course, the Duke will always be available to anyone that needs to contact the them if the lower levels of leadership are unable to help.

While the Duchy of Feann hopes to be a peaceful Duchy, it would be unwise to assume that other rulers will leave us alone because we wish to be peaceful. Therefore the Duchy of Feann will have a standing army to defend themselves from outside aggressors.

The barons of Feann will be the ones who look after the military aspect of the Duchy along with Duke Cromwulf who will oversee the military on a Duchy wide scale and work with the King to come up with an integrated policy.

Since the Duke will be funding some of this research and development, the money will go towards what is useful for the many rather than the few. No restrictions will be placed on what people can work on, but if the work is funded by the leadership of the Duchy, then they will get a say in what is prioritised.

The Duchy of Feann is hopeful when it comes to diplomacy. We will attempt to have friendly relations with our neighbours and will be open to gaining the friendship of other player run groups. Duke Cromwulf is always open to discussions with other leaders within the Chronicles of Elyria community on the EU server.

Furthermore, we are open to any trade-related discussions and will shortly have a trade policy that we will use to get the maximum benefit of any trade that happens within and outside the borders of the Duchy.

The County of Bhon Luath

Magnum Opus - The Guild of Alchemists

The City of Stygia

"Traveling - it leaves you speechless, then turns you into a storyteller." - Ibn Battuta

[Insert obligatory "you should join my kingdom" message here]

Good luck for find your land that will be yours ! 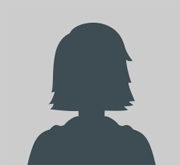 You hone on your inner strength and you rise back up.

An interesting read, and good luck in your future endeavours.

Some very interesting tribe information, just two more tribes to go! Tough choices lie ahead for us and the entire community!

Some very interesting tribe information, just two more tribes to go! Tough choices lie ahead for us and the entire community!

Indeed, exciting times ahead! Can't wait to see how things turn out with the domain selection and other things.

I'm expecting To'resk and The Weard to be interesting tribes but I'm pretty sure I have already found my personal favorite. Too bad Mydarri and the other 3 were dropped from the starting tribes, I've heard Mydarri was the favorite tribe for many people.

The Duchy of Feann is doing well and is always looking for new members. If you are interested in joining then feel free to join our Discord server and get to know us.

We are still very much recruiting. As the only independent Duchy on the EU server we have more freedom than any other domain on the server.

If you want to be apart of a group that is friendly and always looking for new members and also want the freedom of being independent then we are your only choice.

We will decide which kingdom to join at a later date by discussing the available options with our membership.

The Duchy of Balmore will join the independent Duchies as well, but with reservation.

2: You need to find a like-minded King and at least 8 Dukes.

3: We will strife to have a big army for defending only. Every change of the borders will and must be answered by everybody in the Kingdom.

4: We need to pledge full assistance when borders are crosses, no matter how inconvenient at that particular moment.

The Duchy of Balmore will join the independent Duchies as well, but with reservation.

2: You need to find a like-minded King and at least 8 Dukes.

3: We will strife to have a big army for defending only. Every change of the borders will and must be answered by everybody in the Kingdom.

4: We need to pledge full assistance when borders are crosses, no matter how inconvenient at that particular moment.

You seem to misunderstand a few things. First of all just because the Duchy of Feann is independent now it does not mean that we will remain independent. We are planning on joining a kingdom as we near land / domain selection.

We just want to take our time with that decision and will talk with all our members before a decision is made. In the mean time we are keeping friendly relationships with other rulers on the EU server and are certainly open for discussions with them.

Also I was under the impression that you were a Count and not a Duke? If that is true and you would like to join the Duchy of Feann as a Count we can certainly discuss that. Feel free to join our Discord server to talk to us about any plans you may have but we will be keeping friendly relations and will not do anything to antagonise other leaders on the server unnecessarily.

Edit: We welcome all people who are interested in the Duchy of Feann to our Discord server where you can talk with us all.

That is a big oops. Sorry.

I should really start making a town post :D

I should really start making a town post :D

You really should, you have been postponing it for months! ^_^'

Still dreaming about having an island for your town? How about that big library?

I can't believe I haven't posted here long ago in support of you guys. Well, let me do so now and show my support by including the pledge of my county, Bhon Luaithre,