Hi Everyone! I’m Jeromy Walsh, Creative Director of Soulbound Studios and I want to welcome you to the first Design Journal for Chronicles of Elyria. When I decided to write weekly design journals I found myself suddenly faced with the daunting task of deciding which feature to write about first.

That’s harder than it sounds. There are a lot of compelling systems in CoE; most of them never seen before in an MMO. So I asked myself which feature is so important that it merits being number one? Is it aging and dying? What about the skill-based crafting system? Survival? Maybe permadeath? In the end though it was an easy choice. A glimpse at the company logo reminded me it needed to be the Soul System.

But why? Because it’s at the very heart and… wait for it… soul of Chronicles of Elyria. Pun aside, the Soul plays an important role in many elements of the game. For instance:<

In fact, there is so much to talk about with respect to just Souls that what started out as a regular weekly Design Journal has turned into a three-part series. No joke.

For the next few design journals I’ll be going in-depth about different element of the Soul System. In this journal I’ll be talking about what a soul is and isn’t and how it’s used in character creation. 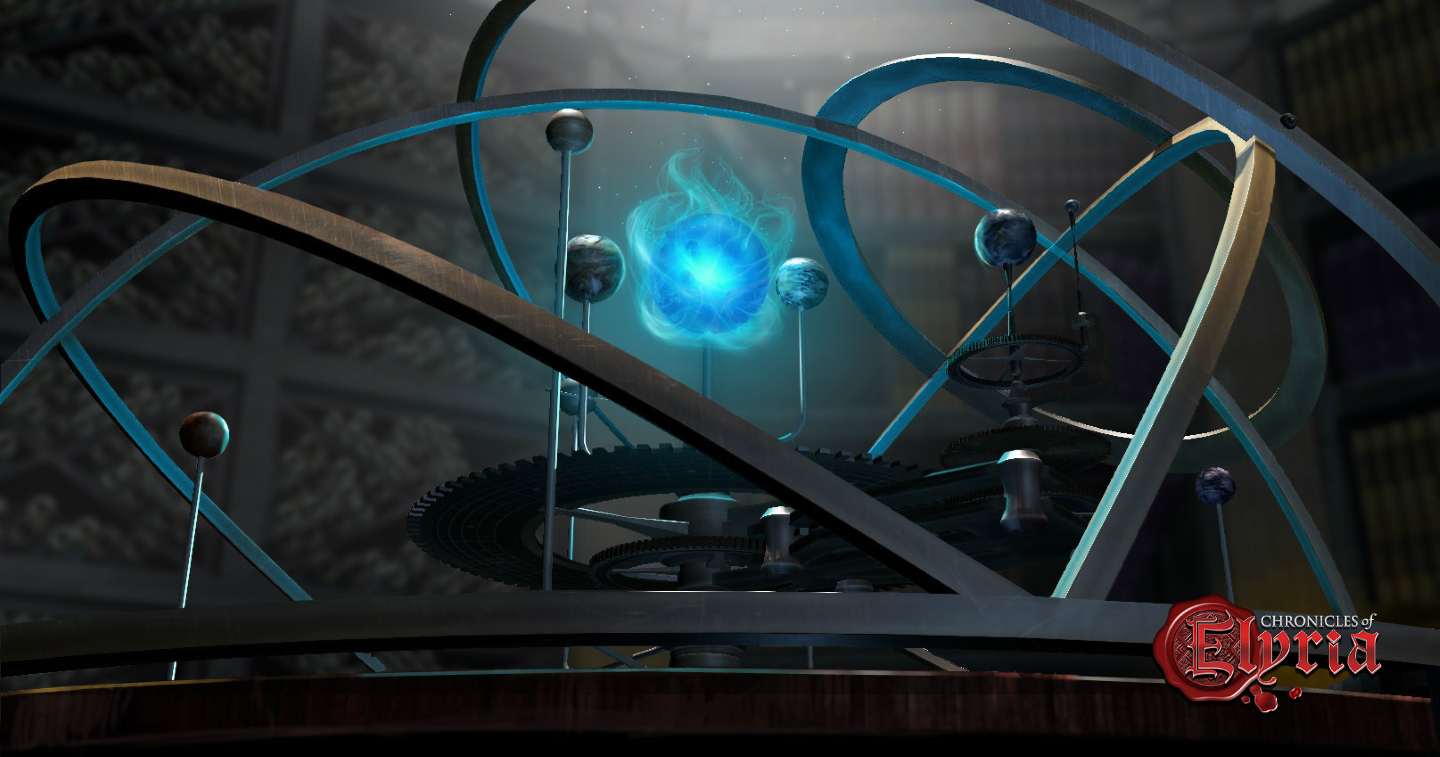 What is a Soul?

First and foremost a soul is the complete set of memories, experiences, and past lives of a character. When transferred from one character to another, the soul brings with it Talents, Achievements, and accelerated Skill Development, providing a feeling of continuity and progression.

A soul is also the link between a living character and their physical body. In most cases, the Spark of Life cannot exist in a body without a soul. Without a soul, the body will die.

What isn’t a soul? A way to make the game seem fair. In addition to the aforementioned, the soul brings with it a degree of randomness, as not all souls are created equal. Some have special Talents not present in others, while some have experienced more past lives, making them inherently more powerful.

Since the beginning of Chronicles of Elyria we’ve known we needed permadeath. Permadeath is vital to so many mechanics of Chronicles of Elyria that without it, it fundamentally changes the game. But we were faced with the question of how we can kill a character, while still allowing players to feel a sense of progression. The answer came in the form of skill ramps.

There are a vast number of Skills in Chronicles of Elyria, divided up into multiple categories including Fighting Skills, Crafting Skills, Survival Skills, Deviant Skills, etc… Over the course of a character’s life they will advance some or all of those skills to varying degrees. But if you were to spend every moment of your character’s life, they’d still cap out at some maximum before they eventually died of old age. Training skills takes time and, put simply, there are just too many skills to advance them all within a single lifetime.

Fortunately, the memories of your souls’ past experiences carries on with them in the form of a skill ramp. A skill ramp isn’t the same as skill points. If you had 50 skill points in one life, you won’t begin with 50 in the next. Instead, based on the aptitude gained in previous incarnations, your character will re-learn past-life skills at an accelerated rate. So if it took you a week of active playing to get a skill to 50 points in your previous life, you can expect it to take significantly less in the next life.

So how does this effect the permadeath system? By leveling some skills faster, you’ll attain a higher total number of skill points than was possible in a previous life. In this way, the process of life, death, and rebirth is essential to enabling characters to reach their full potential.

One thing to point out is that with each passing life, the skills you gained in your first, second, third, etc… life will have less and less impact. However, if you continue to develop those skills with each successive life, the benefits will be compounded. 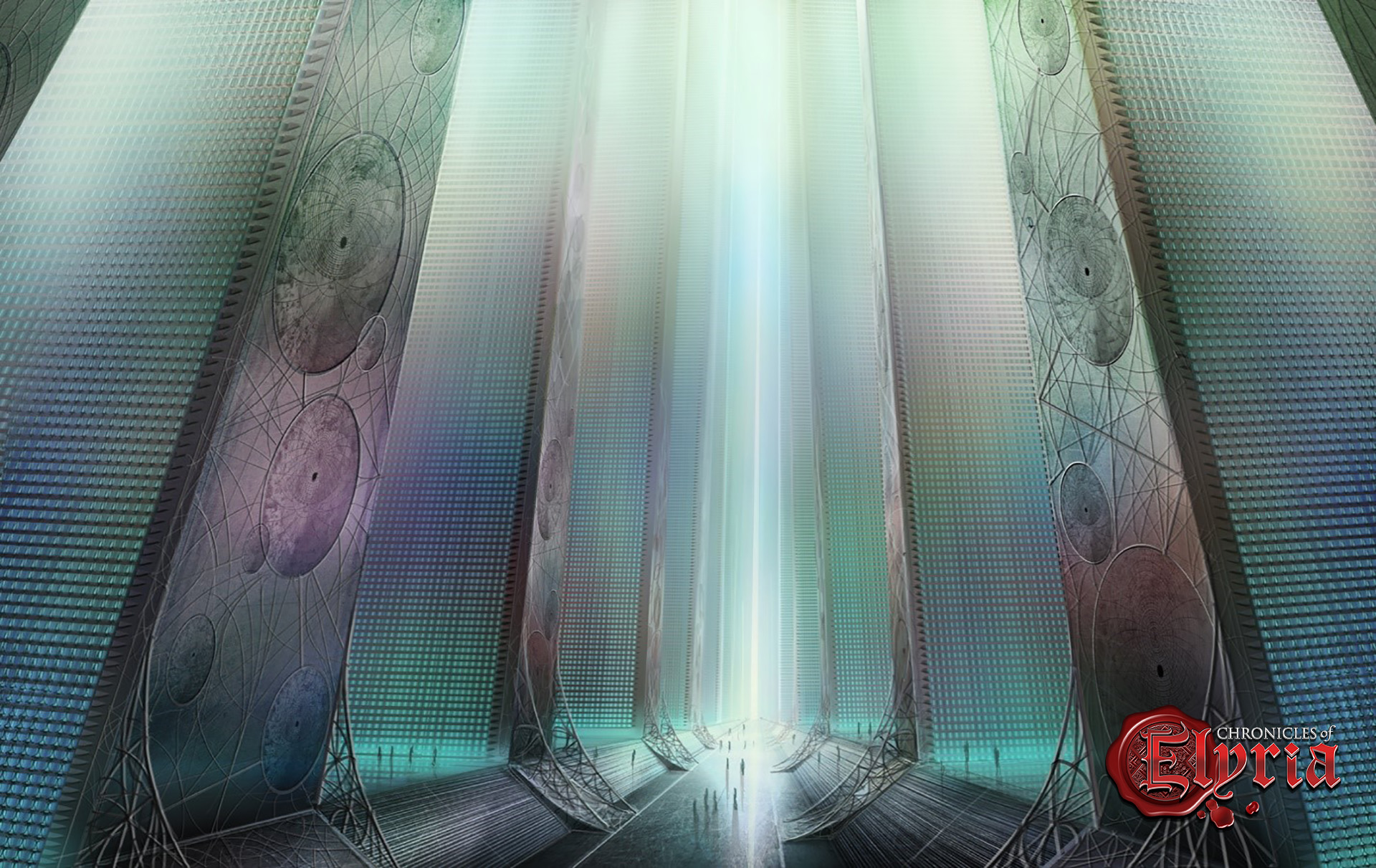 Once Borns and more powerful souls

It’s believed that when someone dies their soul returns to a great library called the Akashic Records. The library is filled with books and scrolls containing all of the deeds of every life a soul has lived. It’s in these chambers that a soul can read over their past lives and learn from their mistakes in preparation for their next life.

It’s also said that every soul is born with a purpose. That they choose the precise time and place in which to be born so they can learn the lessons needed to attain enlightenment.

As we just discussed, souls in Chronicles of Elyria participate in a process of reincarnation. After each incarnation the soul’s potential is increased through skill ramps, leading to higher potential. Therefore the more lives a soul has lived, the older it is, and the more powerful the soul is said to be.

While a somewhat derogatory term, souls experiencing their first incarnation are referred to as “once borns.” Upon launch, the majority of souls given to players will be on their first life with fewer and fewer having lived additional lives. The result will be a heavy distribution of younger souls, with a few players being given slightly older souls, and an even fewer number being given souls that are three or more lives old. Note, these older souls will be handed out randomly, and even the developers will not know who the older souls are.

While we recognize this might seem “unfair” to some people, it’s no different than our world. I mean, maybe we have souls, maybe we don’t. But everyone agrees that individuals have existed throughout history such as Plato, Aristotle, The Avatar, Einstein, Hitler, Voldemort, Newton, and Da Vinci that were arguably ahead of their time and improved our understanding of how the world works, as well as our ability to recognize good and evil. The players who receive souls older than one life will be, for good or ill, some of the most influential characters of their time.

So far this all sounds great right? But what about the players who join the game a year, two years, or even longer after the game initially launches. A system of advancement that rewards people, without bounds the longer they play, encourages a barrier to entry. I’m looking at you, EVE Online.

To counteract this problem, we’ve determined that souls available to players during character creation will naturally age over time. Characters created a couple years after launch will use souls that are a few lives older. This makes it so players who come late to the party can continue to be competitive. 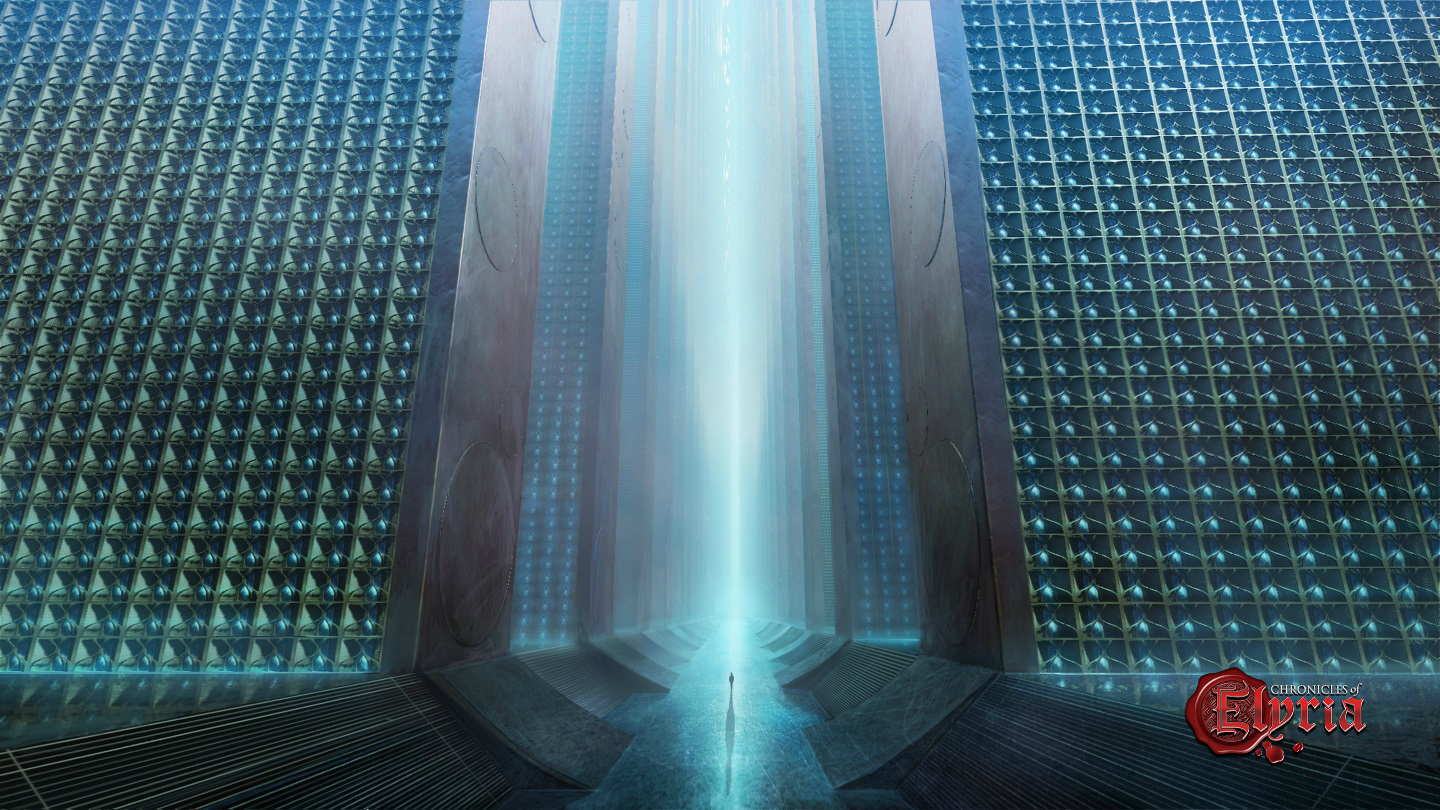 Thus far we’ve been talking about skill ramps which are available to all players. But one of the things we wanted to do with Chronicles of Elyria is create asymmetric player experiences. By making the world naturally unbalanced, it creates opportunity for conflict, drama, and memorable world events.

One of the things that creates a truly unique player experience is that some, but not all the souls in CoE, will have latent abilities known as Talents. These are, for lack of a better way of describing them, supernatural abilities which have been granted to a soul to fulfill some destiny. We already have a large and growing list of Talents, and we’ll be soliciting more from the community. Some examples might be Magic Use (this is one of the more common ones), the ability to Travel, Shapeshifting, Healing, Animal Speak, Planes Walking, and many other things.

We recognize that some players may be put off by the fact that their soul doesn’t have a Talent. We’re sorry about that, we really are. However, we urge you not to let that deter you from adventuring out into the world. More heroes are created from those that overcome adversity than those with an inherent advantage.

In order to use a Talent a character must activate it. To do this, the character must experience some trigger. Triggers can be anything from killing a specific type of beast, to coming in contact with their soul mate, to falling from a great height, to being crushed to death, to drowning, etc… The more severe and unusual the trigger, often the more powerful the Talent will be. And a player won’t know they have a Talent until it’s activated the first time.

Once activated, a Talent follows a soul from life to life, with no need to re-activate it. As well, a Talent generally doesn’t manifest in its most powerful form the first time. Repeated use, completing specific quests or rituals, or just being reborn can cause a Talent to develop into a more powerful version of itself. 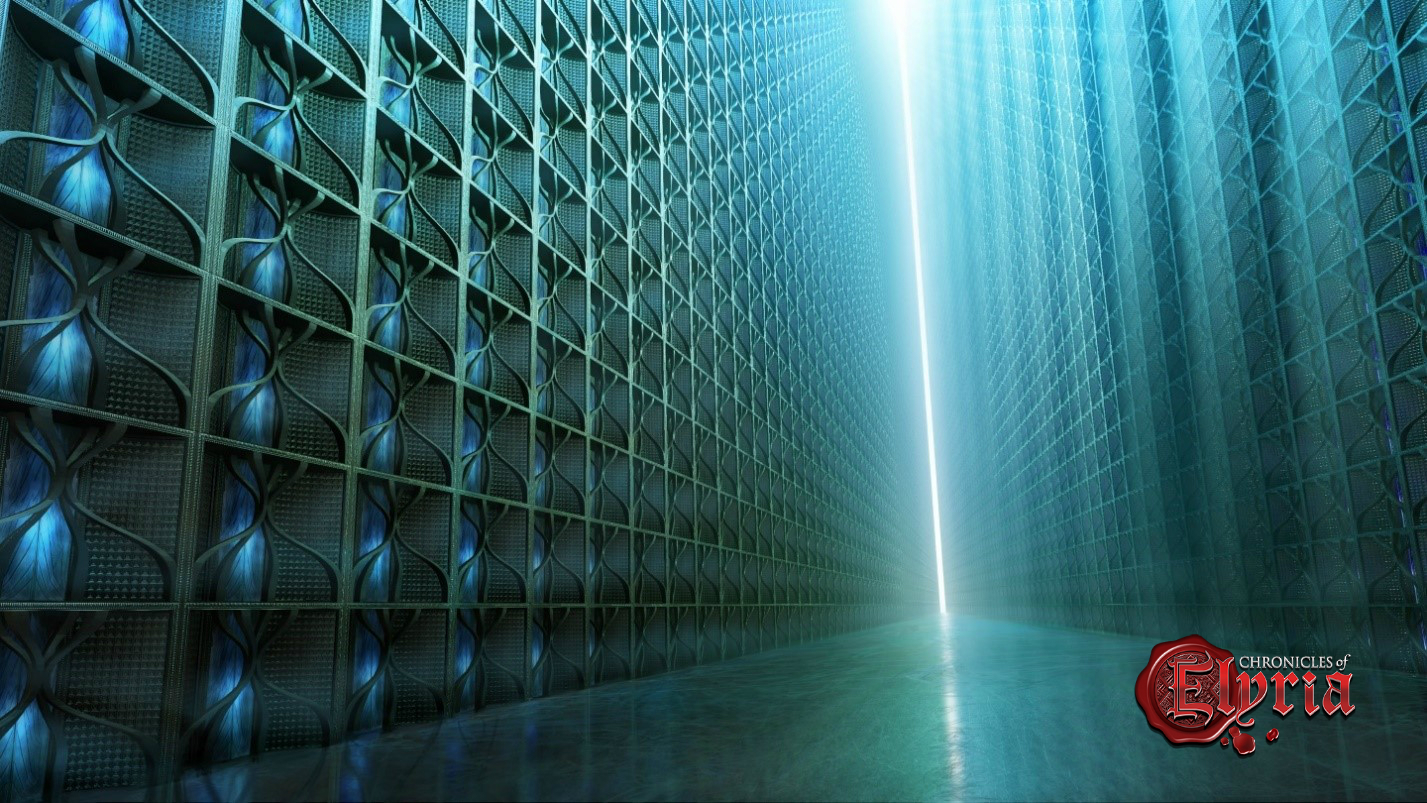 What’s next for souls?

Thanks all! That wraps up the introduction. In the next design journal we’ll continue our coverage of souls by examining some of the exciting ways souls interact with other game systems. In particular, we’ll take a look at Soul Mates, Achievements, Past Lives & Déjà Vu, and how souls participate in your character’s Destiny.

Dev Journal #5: It Takes a Village