Home > Blog > Things Are Starting to Wrap Up
19 December

Things Are Starting to Wrap Up

The temperature is starting to decrease in Seattle, but things are warming up at Soulbound Studios. This month, we've reached a huge milestone: our Friends and Family closed Alpha. Chronicles of Elyria is now up and running on private servers for our friends and family to access outside of the studio - huzzah! We're already learning a lot about the the performance profile of the game and are eager for our Alpha 1 backers to join us online in early 2018.

With this update we're bringing our latest adventure to a close. We introduced the adventure, got a mid-production update, and now we're going to see where we've landed.

Take a look at where we are with our in-game biomes, progress on the character skin shader, and more. Let's get right to it.

The Quest for Character Creation

In order for players to create characters, we need to have a variety of backend data to set, and client-side visuals to display. Last time we checked in with this quest, we explored various appearance sliders in our Unreal client. From hair color to face shape, we showed off a couple different ways we plan to visually implement character differences based on the character's parents. In case you missed it, here's the video from Vye's previous update.

While we've started that work on the back end, we now are able to connect to our servers and create a character within our Unreal Engine client! Take a look at what this looks like in the video below.

Wiz has been working on exploring our skin shader feature we'll use to create the different tribes in Chronicles of Elyria. The art team researched the way skin and color work on Earth, and came up with three distinct layers to consider when crafting this feature: the epidermis, the dermis, and the hypodermis. The epidermis is the top layer of skin containing melanocytes (melanin producing cells). This is where the pigment/color in the skin comes from. Features on the skin that produce color would live on this layer; attributes such as freckles, liver spots, and other types of markings, such as the striping of Janoa. The dermis is the layer that contains connective tissues and fatty tissues. This layers obstructs the visibility of the vascular layer of the skin. Meaning the thicker the fat on the character, the less visible the vascular system is. Lastly, we're using the hypodermis as the vascular layer. As the skin has less melanin it should be become more translucent which would reveal more of this layer.

Check out wiz's work in the video below!

On top of all that, we've been exploring target models for some of the tribes, namely the Dras and Janoa. Check out what the art team has been working on below. 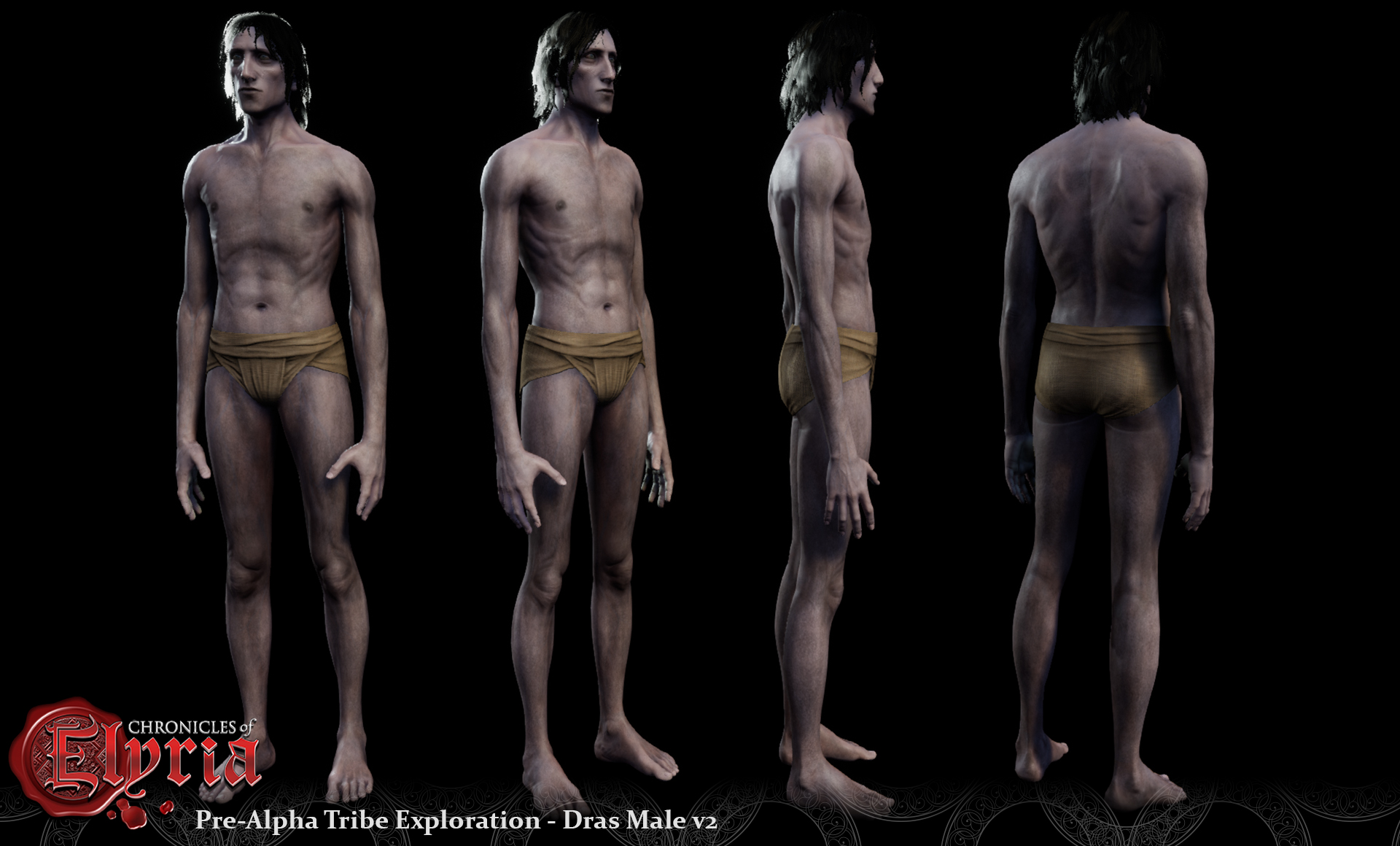 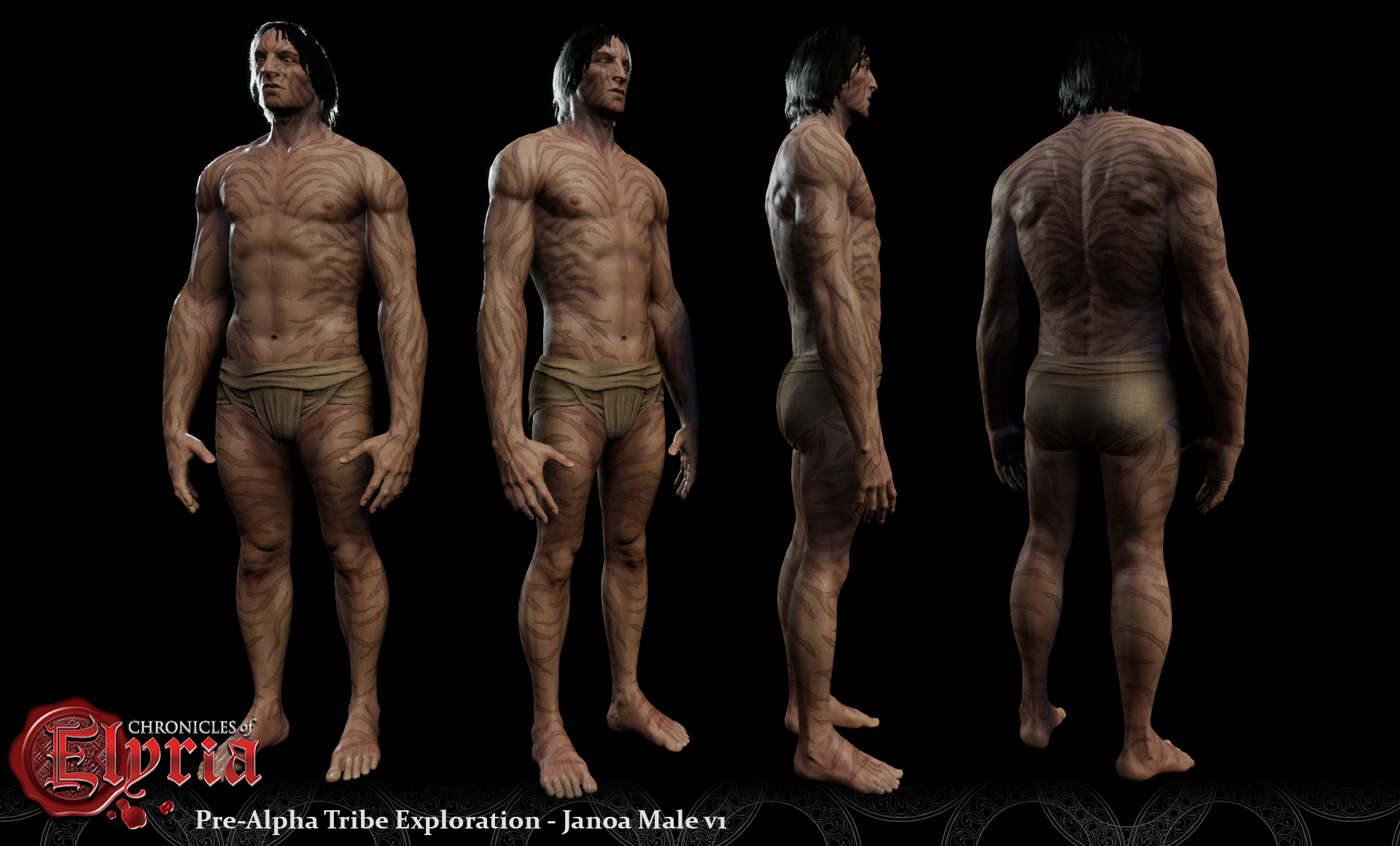 In the next adventure, we'll be adding functionality to the creator so that we can hit these targets when we make a new character.

The Quest for More Biomes

As mentioned in the Vye's previous update, Raevantiel started a solo adventure as he began to craft the different biomes that the tribes of Elyria will inhabit at launch. If you want to see all those screenshots, click on this clicky part right here. Here are a few of our favorites: 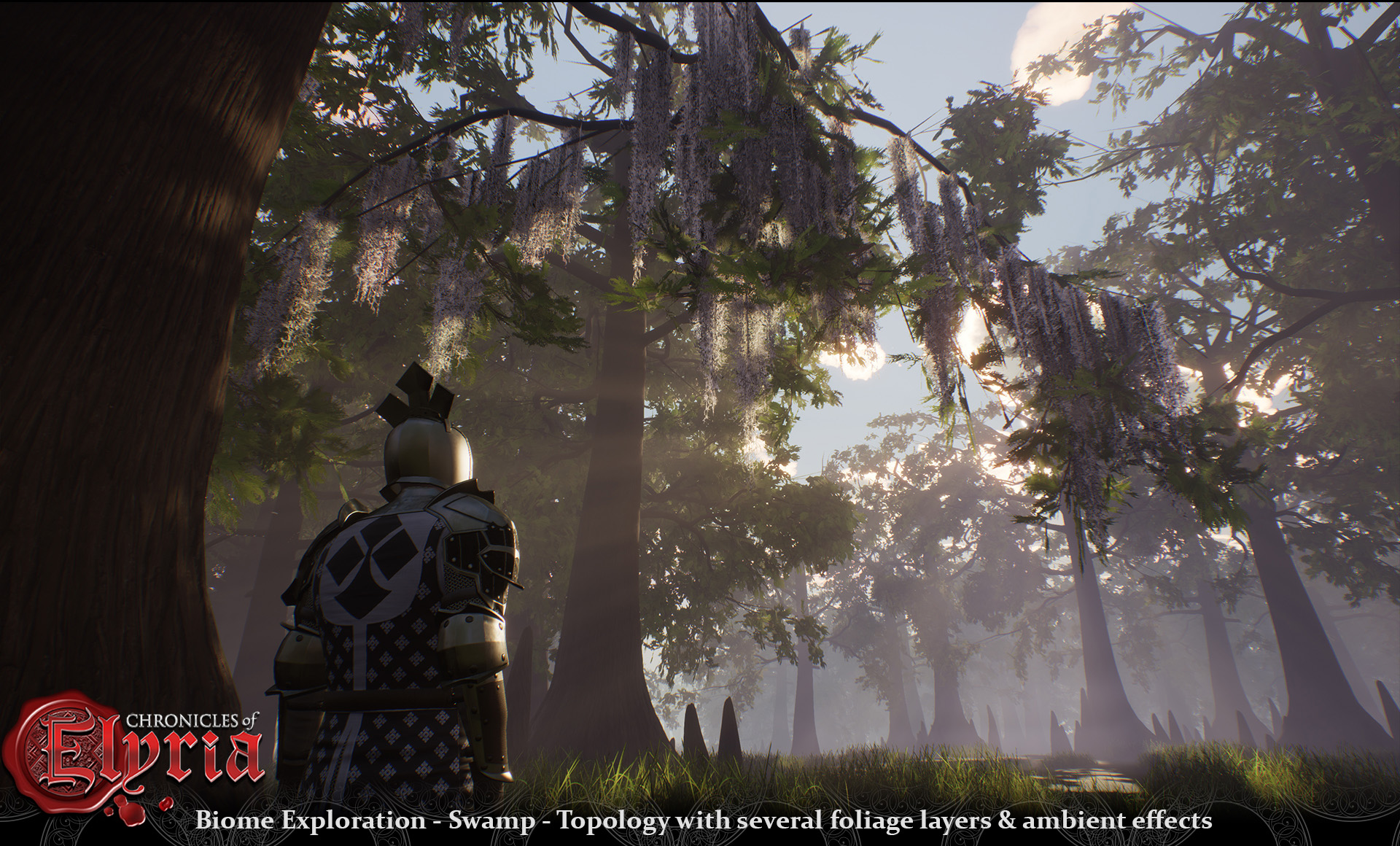 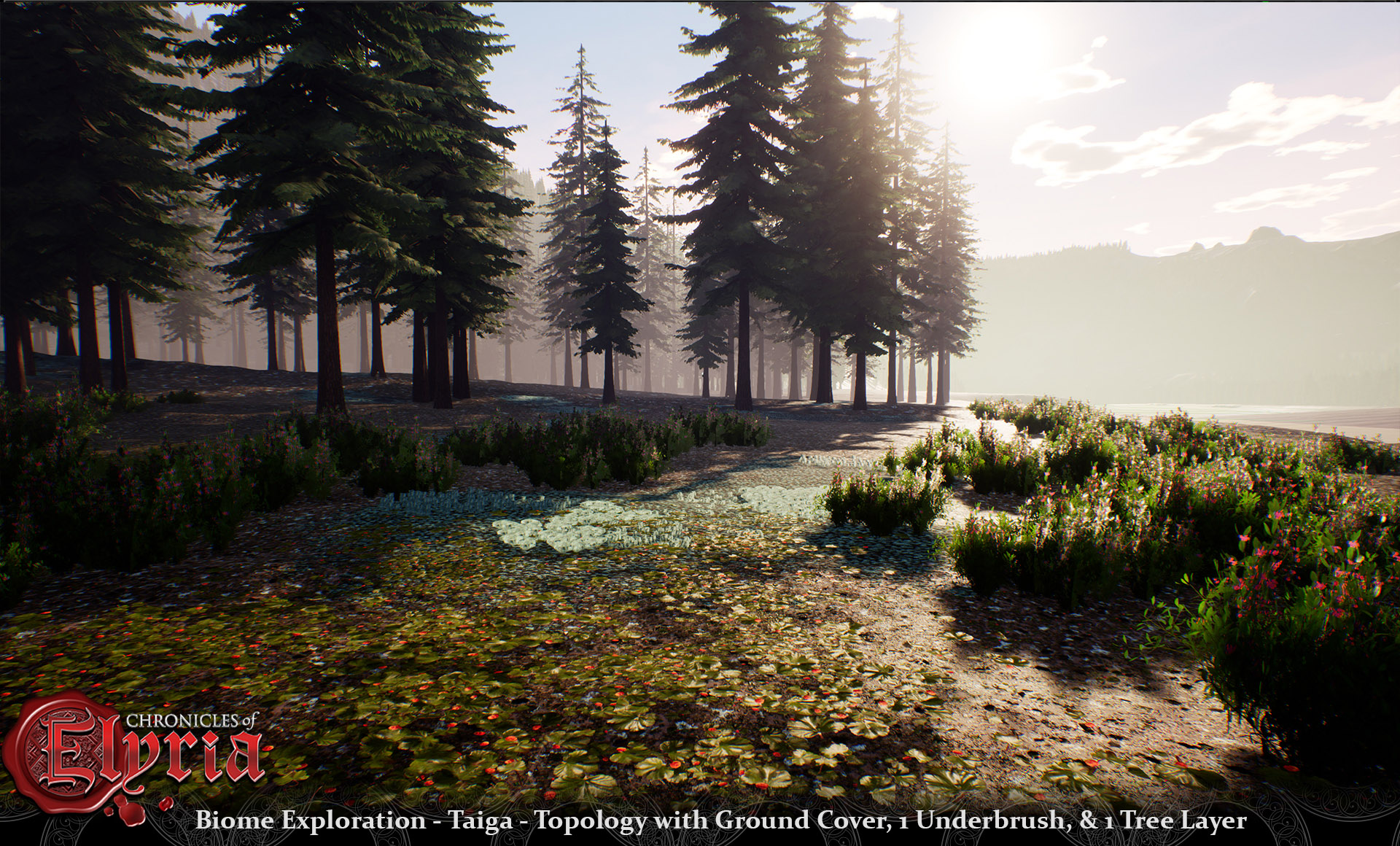 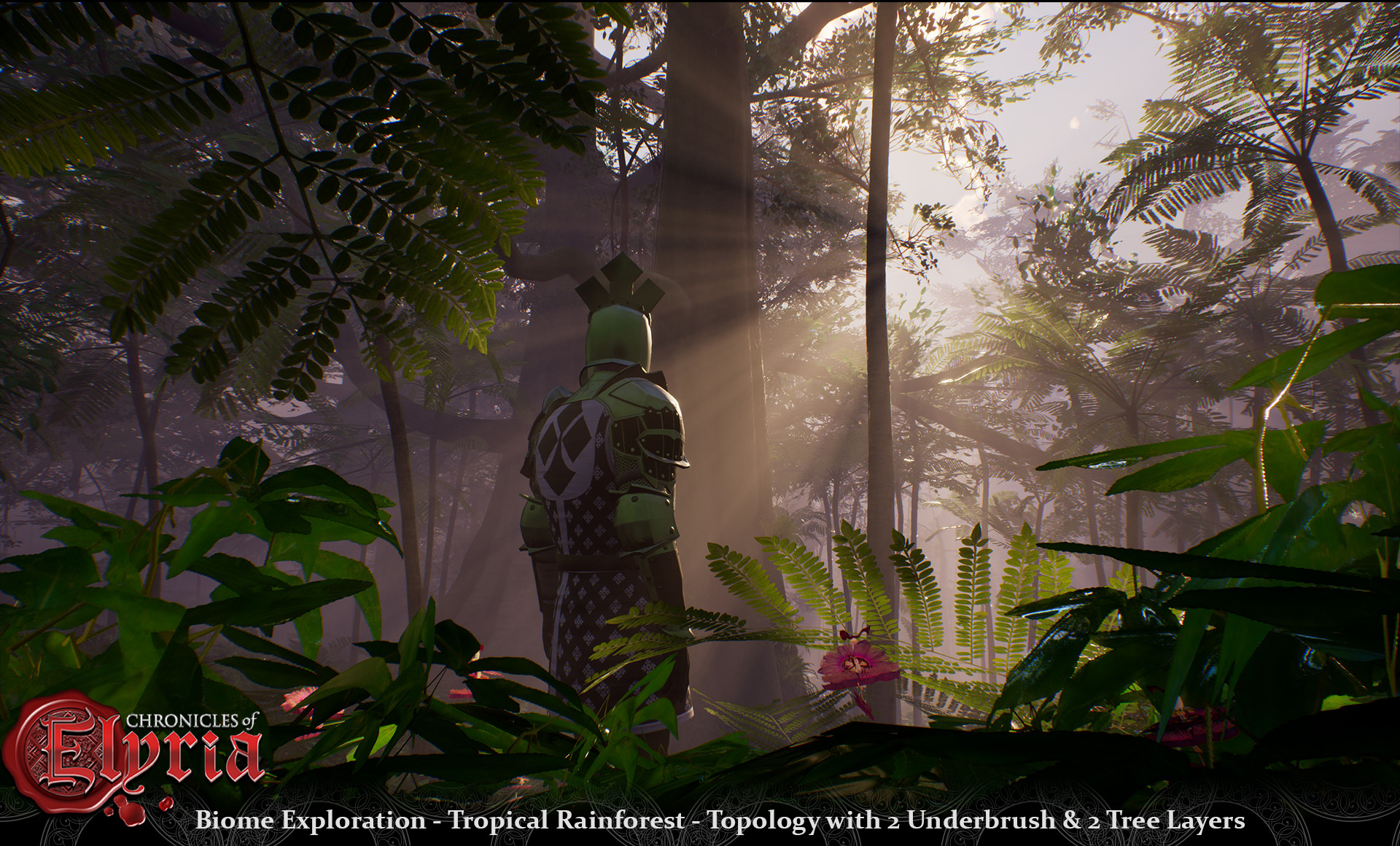 He's been continuing the work with the environment, and it's coming along quite well. Here's a look at what he's been working on!

While the team here at Soulbound Studios are naturally in the office a bit less for the holidays, in no way have we slowed down. We've already begun work on our next adventure, which includes deeper VoxElyria integration, while the design team works on game mechanics like combat and crafting. We're taking the last week of December off to spend time with our friends and families (in the real world and in VoxElyria!). Nevertheless, we're anxious to show you the things we've been working on, and we're planning on making 2018 a huge year for Chronicles of Elyria. And we'll wrap the year up with Caspian's end-of-the-year post, so keep an eye out for that, too!