One of the ways we know we matter in life is by the legacy we leave behind. But what is our legacy? Oftentimes the easiest way to answer that is by asking additional questions. Questions such as, “Who would recognize me if they saw me or heard my name”, “Are my deeds in this life recognized and will they be forgotten,” and “Who will remember me when I’m gone?” If the answers to these questions help us judge our impact on the world, it’s no wonder most MMOs lead players to feel like they don’t matter.

In this week’s design journal we’re going to talk about how Chronicles of Elyria changes that by making your identity matter. By binding your deeds to your identity, by giving players the opportunity to cloak their actions in anonymity, and by immortalizing your actions in the words and minds of NPCs, players can concretely answer questions about whether their in-game life has meaning in Elyria.

When you approach a character you've never encountered before there's no floating nameplate above their head that identifies who they are, what "class" they are, or any other information. The same is true for you. When you first enter a new town, nobody around you will have the slightest idea who you are.

To go beyond that place of mystery you'll need to either introduce yourself to someone, or ask them to introduce themselves. Both of these can be done through the UI in a way similar to how you challenge someone to a dual in most MMOs. If you ask someone to introduce themselves and they accept, you'll be shown (for a short while) the information they were willing to share above their character. If they decline, they'll continue to be a nameless stranger on your screen.

Once you've talked to another character enough, or have done business with them a couple times, you'll perpetually see the floating nameplate above their head. That is, it won't automatically go away after half an hour. You can of course globally disable this, but most people will find it useful to know who around them they immediately recognize.

When introducing yourself, you determine whether you want to convey your first name, full name, full-name and title, or additional information, such as the guild you're a part of. The more information you share the more comfortable a person may be with talking to you - and the more likely they are to remember you later. 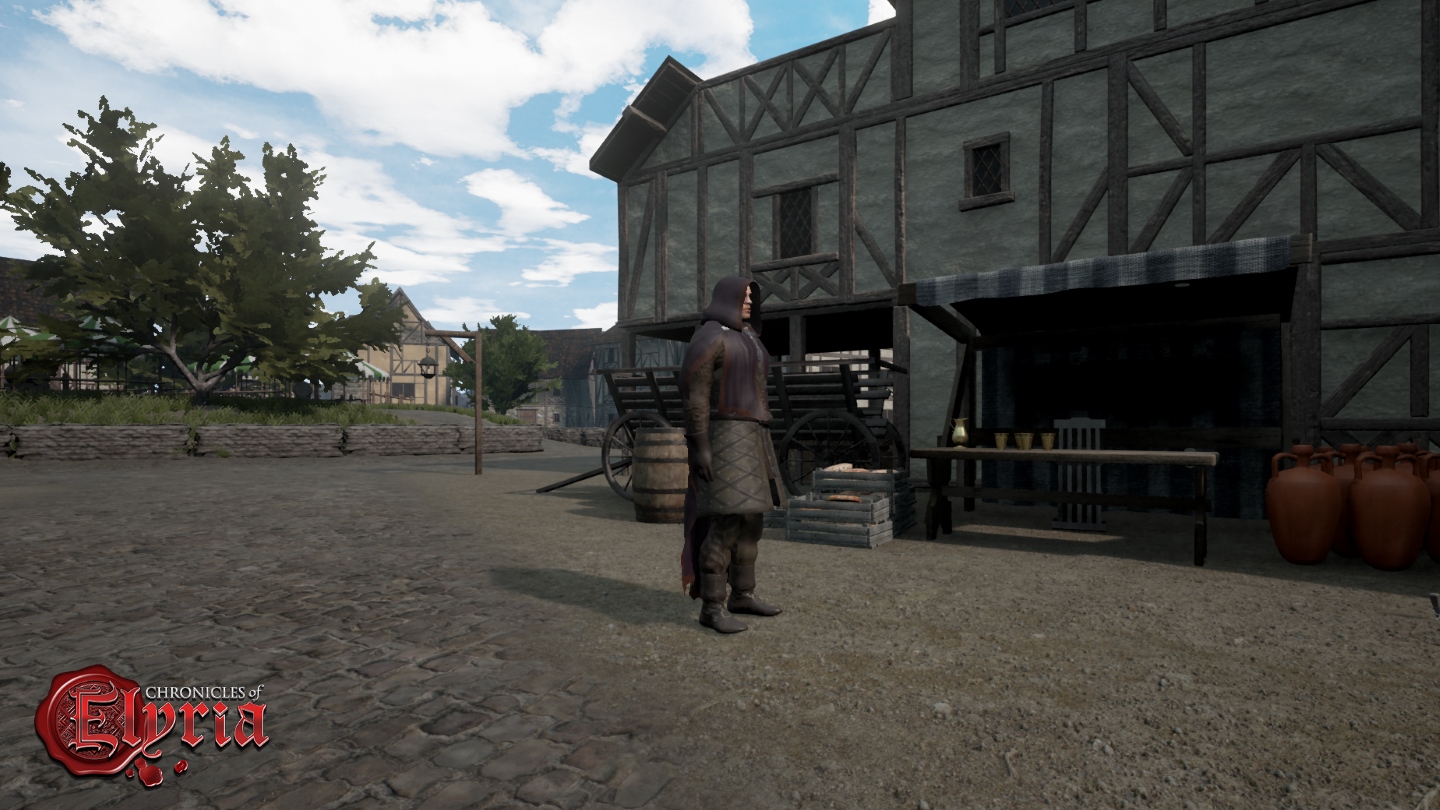 Figure 1 – In-game screenshot of a character with a cloak on, concealing their identity

While characters are typically anonymous by default, there are times when you want to become anonymous even amongst those who know you. Maybe you're a famous Bard and you want to get from one side of town to the other without being accosted by fans. Maybe your boss plays CoE too and you called in sick and want to get through the guild hall without being caught. Or, maybe you're about to do something... deviant and you want the ability to say you were "nowhere near there."

Whatever the reason, as seen in Figure 1, characters can hide their identity/names by wearing a hooded cloak with the hood up. Of course, walking through town with your hood up may raise additional suspicion, but if it's your nameplate you want hidden, this'll do the trick.

The last thing I wanted to touch on real quick with identities is Contracts. Contracts - both explicit and implicit, are agreements made between identities. That is, characters sign the contract with their name when they explicitly agree to it, and if someone breaks a law, it is the identity of the character that broke the law that people will be looking for.

As seen in last week's design journal on "Equipment & Inventory" the in-game character sheet has a drop-down box which, much like how other games let you select your currently active title, let's you select your currently active Identity. This controls several things such as which name you'll provide when you introduce yourself, which title - if any, you wish to introduce yourself as, and most importantly - which disguise you want to use. We'll talk more about that in a moment.

Before you can select between multiple identities you first have to create additional identities. Identities are created by forging the appropriate documents and where necessary, having the appropriate disguise. This involves both the Forgery Skill, as well as the Disguise skill. Both are in the Deviant skill tree and both are illegal. If you're caught with forged documents, or your disguise is seen through, you could be on the hook for everything you did while under the guise of your alternate identity. And that's in addition to any jail time you face for creating false identities.

So what are the good, legal reasons to create a fake identity? Well, there aren't any really. At best, you may be using an alternate identity to commit corporate espionage and steal trade secrets from a reputable guild. At worst, you may be a famous assassin, bouncing between identities like tennis balls on a tennis court. In either case, having multiple identities generally means you're up to no good.

Disguises are aren't always necessary, but when used, dramatically reduce the likelihood of someone detecting your false identity. To use a disguise you must first create one. There are two different ways to create a disguise - from scratch and from a model.

Of the two, creating a disguise from scratch is the easiest, most common, and least dangerous. To create a disguise from scratch you simply put on the appropriate wig, hair style, clothing, etc... And then bind it to a disguise kit. The more skilled you are making disguises, the more pieces you can add to your kit. Initially, you may only be able to put in a wig, then maybe contacts, but eventually, you can mask almost all of your recognizable features.

To put on the disguise, you simply activate the disguise kit. Once you've done that it's possible to bind the disguise to your active identity from the character UI. From then on, any time you switch identities you'll automatically change into your disguise - assuming you have the disguise kit on you. Once you're wearing your disguise, it's perfectly ok to don/doff equipment without breaking the disguise. In this way you can assume an identity, head out with a party, and then equip new gear you find without raising suspicion.

The other way to create a disguise is by using a model. This is a more complex task as it requires studying someone, stalking them a bit, and then ultimately stealing at least one wearable item from them. When you build a disguise this way it allows you to closely resemble another character. Then, if you happen to have a high-level forger and a copy of another character's signature, say, from a previous contract, it's possible to not only look like them, but to assume their identity outright.

Whenever you, or someone around you, assumes a fake identity there's a chance others will recognize it as a fake. The percentage chance that someone can see through your identity is based on the number of times you've encountered them before. The more times you've encountered someone, the easier it is to recognize the lie. If you're not wearing a disguise, it may only take a couple times interacting with someone before the fake identity is discovered. Putting on a disguise will help with your charade but even still, the more you interact with someone as multiple identities, the easier it will be for them to recognize the identities belong to the same character.

In addition, should you gain enough skill in Forgery and Disguises that you're able to assume someone else's identity, your disguise will immediately fall off should you ever encounter the original. As well, anyone who personally knows the model you based your disguise on will have an easier time recognizing you're not who you claim to be.

Along the same lines, as discussed back in DJ #5, Family members can always see through a disguise. That includes both your family, as well as the family of the person you're impersonating. With that in mind, should you attempt to steal someone's identity, it's best to travel a safe distance before picking your mark. This'll allow you to head back to your own town or target destination before assuming the identity of your new victim.

It should be clear by now that you don't want someone stealing your identity and then committing a bunch of crimes. Not only could that end up in possible jail time if you can't clear your name, but there's a subtler, yet equally important reason why you want to keep your identity intact. Your reputation and fame.

Your reputation is the public information/opinion about you. Reputation and Fame work together but are otherwise orthogonal. That is, each one can be adjusted on its own, which creates four possible combinations. These combinations are:

In general, your reputation - good or bad, is a function of the things you do that people know about. It's important to emphasize that this is based on what people know about you. It's entirely possible to have a dark affinity, but otherwise appear to the public as an upstanding citizen, and thus have a positive reputation. And of course, if someone you want to work with has a dark affinity, or is a criminal, having a bad reputation can actually be a GOOD thing!

Similar to your reputation, your fame changes over time as a result of the things you do - good or bad, that effect other people or the story. Completing achievements, finishing tasks, and even just crafting items which you sell to others can all have an impact on your fame.

The Spread of Information

Reputation and fame spreads through gossip. Any time you interact with NPCs you have an opportunity to gossip with them. This gives you the chance to learn things about other characters in your area, and to share things that you've witnessed as well. Depending on the openness of the NPC you're talking to, they may turn around and pass the information along to other NPCs and PCs who want to chat.

In this way, you could do something favorable, or commit a crime in one town, and have your reputation proceed you to the next. It also means that if you can silence enough people, you can stop the news before it spreads.